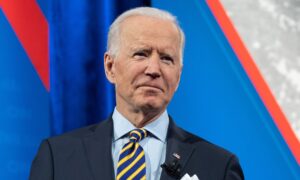 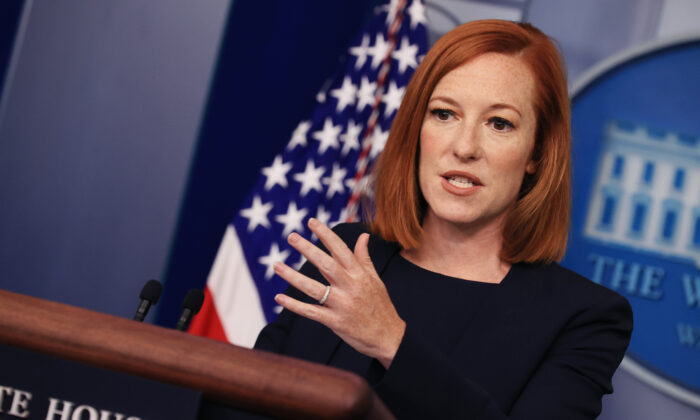 The White House on Friday refused to release the number of COVID-19 infections among vaccinated staff, known as breakthrough cases, after one aide tested positive earlier last week and some reporters pressed for greater disclosure.

Speaking at a press briefing, press secretary Jen Psaki was asked whether the White House was “trying to hide something” by not disclosing the number of breakthrough cases among vaccinated White House staff.

“No, but why do you need to have that information?” Psaki replied.

“Transparency, in the interest of the public, having a better understanding of how breakthrough cases work here in the White House,” the reporter responded.

Amid the contentious exchange, Psaki pointed to efforts by the Centers for Disease Control and Prevention (CDC) to track breakthrough cases of the CCP (Chinese Communist Party) virus, the pathogen that causes the disease COVID-19.

“There’s a range of means our public health officials are tracking—across the country, across D.C., across any individuals here—about who is vaccinated, who is getting the virus, getting hospitalized,” she said, adding, “it remains a small percentage.”

Psaki said many medical experts have said people who are fully vaccinated against COVID-19 are protected from serious illness, adding that the impact of breakthrough cases is limited because the country is “in a different place” now than it was several months ago when the vaccination campaign was in its early stages.

Her remarks came she told reporters on Tuesday that there had been multiple breakthrough COVID-19 infections at the White House that had not previously been revealed. This followed reports that a White House staffer and an aide to House Speaker Nancy Pelosi (D-Calif.) had both tested positive for COVID-19, despite both being vaccinated.

At the same time, the White House announced Wednesday that it was changing its COVID-19 disclosure policy and will now be announcing any positive tests among officials who come into contact with President Joe Biden, Vice President Kamala Harris, or their spouses.

Prior to the update, Psaki said the Biden administration’s policy was to release information on COVID-19 infections only if they occurred among a relatively small group of senior officials, known as commissioned officers.

It comes as the United States grapples with a spike in new infections and as public health officials have issued repeated warnings about the Delta variant, which they say is more transmissible.