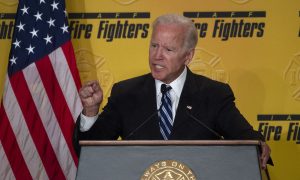 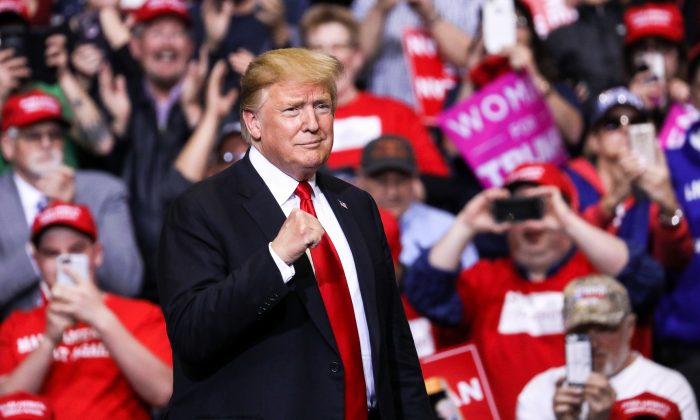 The Trump administration has set up a website where people can file a report if they believe their social media accounts have been banned, suspended, or otherwise affected because of political bias.

“The Trump Administration is fighting for free speech online,” the White House said in a May 15 tweet. “No matter your views, if you suspect political bias has caused you to be censored or silenced online, we want to hear about it!”

The Trump Administration is fighting for free speech online.

No matter your views, if you suspect political bias has caused you to be censored or silenced online, we want to hear about it! https://t.co/9lc0cqUhuf pic.twitter.com/J8ICbx42dz

“SOCIAL MEDIA PLATFORMS should advance FREEDOM OF SPEECH,” the site says. “Yet too many Americans have seen their accounts suspended, banned, or fraudulently reported for unclear ‘violations’ of user policies.”

The site asks people to agree with a roughly one-page User Agreement, which outlines that people who submit their reports must be citizens or lawful permanent residents of the United States and over 18 years of age. It also explains that the government can “use, edit, display, publish, broadcast, transmit, post, or otherwise distribute” all the information people provide.

President Donald Trump recently came to the defense of conservatives censored by tech companies, after Facebook banned several influential figures from its social media platforms in early May.

“This is the United States of America—and we have what’s known as FREEDOM OF SPEECH!” he said in a tweet. “We are monitoring and watching, closely!!”

I am continuing to monitor the censorship of AMERICAN CITIZENS on social media platforms. This is the United States of America — and we have what’s known as FREEDOM OF SPEECH! We are monitoring and watching, closely!!

The tech companies have denied that there is political bias in their content policing, but have increasingly cracked down on “hate speech”—a concept derived from the ideology of political correctness, which is shunned by a majority of Americans.

Only 36 percent of Americans would like the country to be more politically correct, according to a Nov. 28–Dec. 4 NPR/PBS/Marist poll (pdf).

Moreover, Americans significantly diverge on what “hate speech” is.

Conservatives have been reluctant to call for government intervention into how social media polices content, but many worry that social media’s silencing popular, albeit controversial, conservative commentators could sway the results of the 2020 presidential election.

“Everyone Facebook has banned was instrumental in getting Donald Trump elected. This is punishment, this is political purge. This has nothing to do with ‘hate’ or ‘violating terms of service,’” said Paul Joseph Watson, chief reporter at InfoWars, in a May 2 YouTube video after his Facebook and Instagram accounts were deleted.

The most popular idea on how the government could push against social media censorship is to strip them of their designation as a “platform.”

Interactive computer service providers are shielded from liability for content created by their users under Section 230 of the Communications Decency Act of 1996.

The argument is that if the tech companies want to excessively filter, sort, and restrict content on their platforms, they should be treated as publishers and thus face liability if the content is defamatory. The hope would then be that the companies would lay off the censorship in order to avoid being designated as publishers.