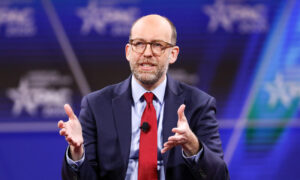 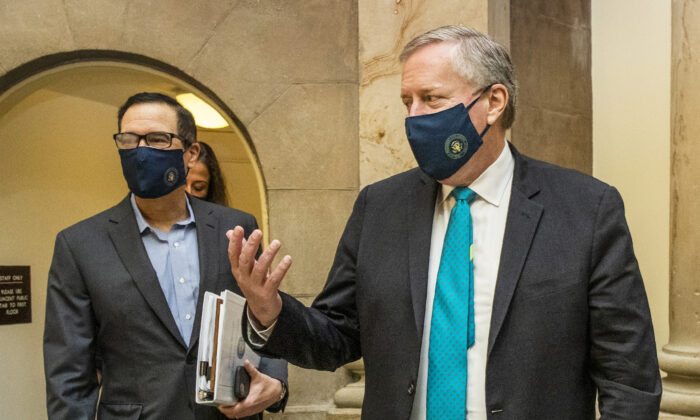 Asked whether another stimulus package could be passed in the next two months or so, Meadows struck an optimistic tone, telling Fox News: “I do. I’m not sure, obviously, but I do believe we’ll see that, only because I’ve had a number of conversations, probably a dozen sometimes a day, with different rank-and-file members. When you listen to them, they’re listening to their constituents.”

He added: “I’m more optimistic today than I have been in a long time.”

The Senate on Tuesday returned to Capitol Hill from its scheduled August recess, following a breakdown in talks between the White House and top Democrats. Majority Leader Mitch McConnell (R-Ky.) said in a statement that GOP senators are now planning to vote on a targeted relief deal this week, claiming that Democrats are holding up talks because it will benefit them politically.

“It does not contain every idea our party likes,” McConnell said in a statement. “I am confident Democrats will feel the same. Yet Republicans believe the many serious differences between our two parties should not stand in the way of agreeing where we can agree and making law that helps our nation.”

Democrats said they would cut about $1 trillion from the roughly $3.4 trillion HEROES Act passed in the Democrat-controlled House in May. White House and GOP leaders have sought to keep the price closer to $1 trillion while Republicans in the Senate are seeking to pass an approximately $500 billion deal.

Meadows told Fox that the two sides should come together to pass a bipartisan deal.

“There’s more we agree upon than what we disagree upon,” he said. “I think it’s time we put politics aside, pass this stimulus, actually allow it to go to the president’s desk.”

McConnell’s deal, however, appears unlikely to pass in the House as House Speaker Nancy Pelosi (D-Calif.) and Senate Minority Leader Chuck Schumer (D-N.Y.) said that a bill worth less than $2.2 trillion won’t garner the support of Democrats.

The main point of contention between both sides is whether to provide about $1 trillion in federal funding to state and local jurisdictions, which President Donald Trump and other Republicans have termed as a “bailout” for badly run states.

Meadows reiterated that the amount is untenable.

“Right now, the stumbling block is aid to state and local governments,” he told Fox News. “The number that Speaker [Nancy] Pelosi put forth is just not supported by the facts.”