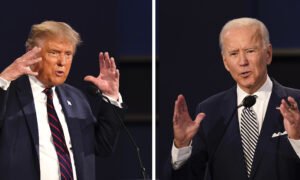 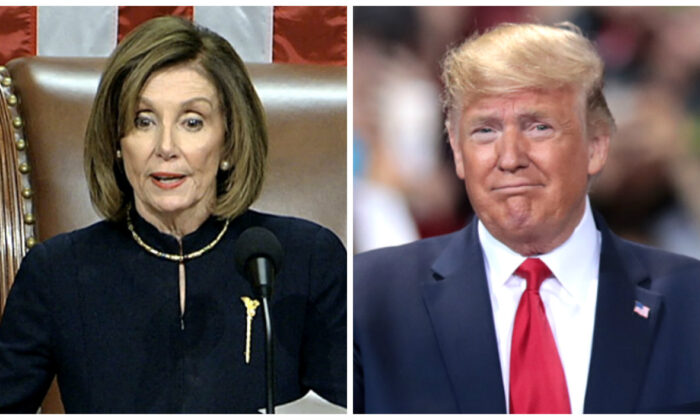 The White House is open to a large CCP virus stimulus plan after President Donald Trump earlier this week said he would be calling off the talks while pushing for stimulus checks and airline relief.

According to House Speaker Nancy Pelosi (D-Calif.) spokesman Drew Hammill, that she and Treasury Secretary Steven Mnuchin spoke Thursday “for 40 minutes,” adding: “Their conversation focused on determining whether there is any prospect of an imminent agreement on a comprehensive bill. The Secretary made clear the President’s interest in reaching such an agreement”

But he said that another White House official made a statement on a stimulus package that “contradicted that assertion during their call. The Speaker trusts that the Secretary speaks for the President,” he said.

Hammill was likely referring to a comment made by White House spokeswoman Alyssa Farah, who told news outlets that “we’ve made very clear we want a skinny package,” although she later clarified the statement later in the day, saying the Trump administration is now “open to going with something bigger.”

Farah reiterated the White House’s opposition to the $2.2 trillion HEROES Act plan from House Democrats. The Trump administration proposed an approximately $1.6 trillion package, higher than what many Senate Republicans have said they would support.

After the president’s comments to withdraw from stimulus talks, Pelosi said she would not agree to airline relief without a larger package—as airliners have hemorrhaged tens of thousands of jobs in recent days.

Senate Majority Leader Mitch McConnell (R-Ky.) told reporters Thursday that Democrats and Republicans have “vast differences about how much we should spend,” adding: “We do agree that another rescue package is needed.”

“We’ve had a real challenge the last few months, getting back to the kind of bipartisan place where we were in March and April. There’s no question that the proximity to the election has made this much more challenging,” he added.

It came after Trump on Thursday said that several separate measures, including $1,200 individual checks, are on the table.