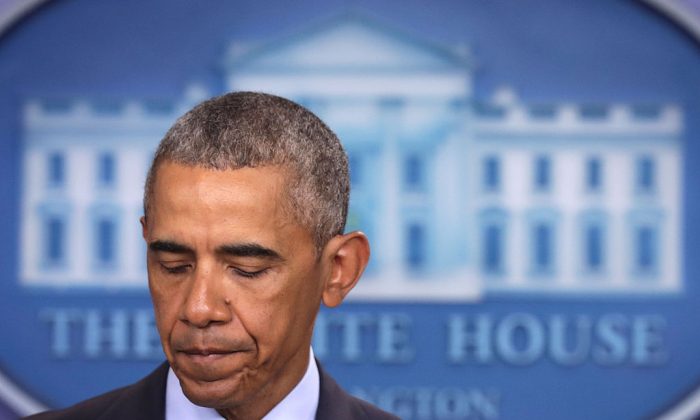 WASHINGTON, DC - JUNE 12: U.S. President Barack Obama makes a statement regarding the Orlando mass shooting on June 12, 2016 in Washington, DC. At least 50 people were killed and 53 were injured after suspected gunman Omar Mateen opened fire in a gay nightclub in Orlando, Florida. (Photo by Alex Wong/Getty Images)
US

White House spokesman Josh Earnest says Obama is following the situations closely. But he tells journalists aboard Air Force One that the White House can’t comment more specifically while the cases are being investigated.

In the Louisiana case, the U.S. Justice Department is conducting a civil rights investigation into the fatal shooting of a black man by two white police officers.

Earnest spoke as Obama was flying to Poland for a NATO summit.