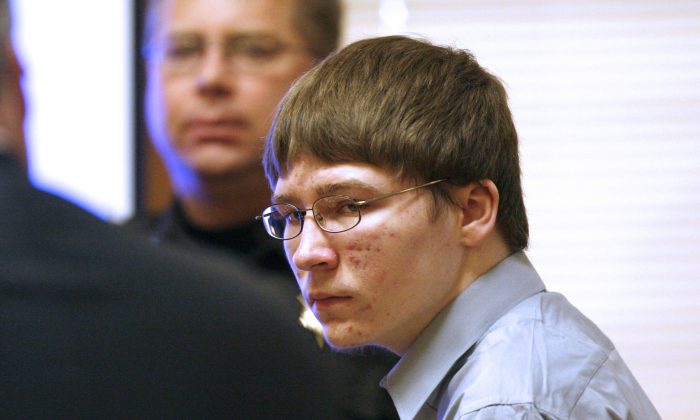 Brendan Dassey, who was convicted of murder and is currently serving a life sentence in prison, appears in court Monday, April 16, 2007, at the Manitowoc County Courthouse in Manitowoc, Wisconsin. (AP Photo/Dan Powers)
US

The documentary “Making a Murderer” had previously provoked nearly 130,000 people to sign an online petition asking President Obama to pardon Steven Avery and Brendan Dassey, who were convicted of murdering photographer Teresa Halbach in 2007.

The 10-part Netflix series raised skepticism about how the the case was processed by Wisconsin’s criminal justice system, which was accused of having “embarrassingly failed both men” in the petition.

However, the petition was futile from the very beginning. As the White House explained in an official response on Friday, President Obama is only vested with the power to commute federal, and not state, criminal convictions.

“Under the Constitution, only federal criminal convictions, such as those adjudicated in the United States District Courts, may be pardoned by the President,” the White House states in the official response. “Since Steven Avery and Brendan Dassey are both state prisoners, the President cannot pardon them. A pardon in this case would need to be issued at the state level by the appropriate authorities.”

President Obama has issued 66 pardons and 184 commutes during his presidency, more than that of the five presidents before him combined.

Wisconsin Governor Scott Walker, who does have the power to pardon Avery and Dassey, will almost certainly refuse to do so. Walker had promised not to issue pardons on principle, leaving the traditional advisory board, which examines applications, unstaffed, and has thus far kept that promise.

“As you may know, early in his administration, Gov. Walker made the decision not to issue pardons. Those who feel they have been wrongly convicted can seek to have their convictions overturned by a higher court,” Laurel Patrick, a spokesperson for Walker, said in a statement to MinnPost.

Some have attributed Walker’s reluctance to pardon anyone at all to his presidential ambitions. If a pardoned criminal commits crimes after their release, it could become an impediment during any future runs for president. Walker dropped out of the Republican primary race in late 2015.