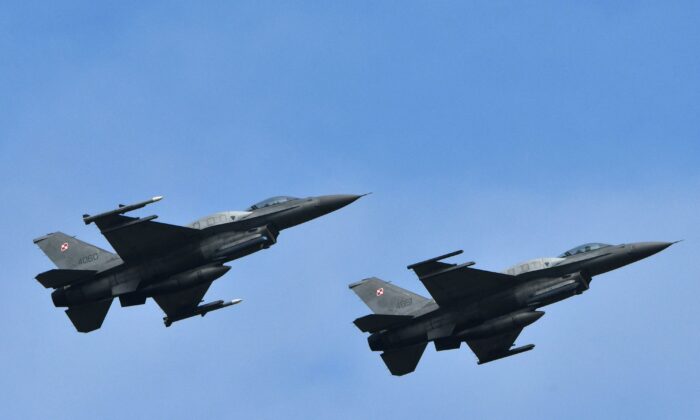 The incident would trigger NATO’s Article 5, which states that an attack on one NATO nation would be considered an attack on all allies, he told CBS News. Sullivan didn’t say how severe the attack would have to be to trigger the provision.

“All I will say is that if Russia attacks, fires upon, takes a shot at NATO territory, the NATO alliance would respond to that,” he said, noting that the White House “has been clear repeatedly that the United States will work with our allies to defend every inch of NATO territory—and that means every inch.”

At the same time, Sullivan noted that the “escalation risk with a nuclear power is severe, and it is a different kind of conflict than other conflicts the American people have seen over the years,” Sullivan told CNN. “As things stand today, the United States has not adjusted our nuclear posture, but it is something that we monitor day by day.”

The remarks came after Ukrainian officials accused Russian forces of carrying out an airstrike against the Yavoriv military training area in Ukraine, located about 12 miles from the Polish border. At least 35 people died in the strike, officials said on March 13.

More than 30 Russian cruise missiles targeted the sprawling facility, according to officials. The facility has long been used to train Ukrainian military personnel, often with instructors from the United States and other countries in the Western alliance.

Poland is also a transit route for Western military aid to Ukraine, and the strikes followed Moscow’s threats to target those shipments. Ukraine isn’t a NATO member, whereas Poland is.

The base has hosted international NATO drills, and a senior NATO official, Adm. Rob Bauer, previously hailed it as embodying “the spirit of military cooperation” between Ukraine and international forces. As such, the site symbolizes Russia’s longstanding concerns that the 30-member Western military alliance poses a threat to Moscow by operating so close to its territory.

On March 12, top Russian officials stated that weapons shipments inside Ukraine would be considered legitimate targets by the Russian military.

“We warned the United States that pumping Ukraine with weapons from a number of countries orchestrated by them is not just a dangerous move, but an action that turns the corresponding convoys into legitimate targets,” Russian Deputy Foreign Minister Sergey Ryabkov said, according to state news agency TASS.