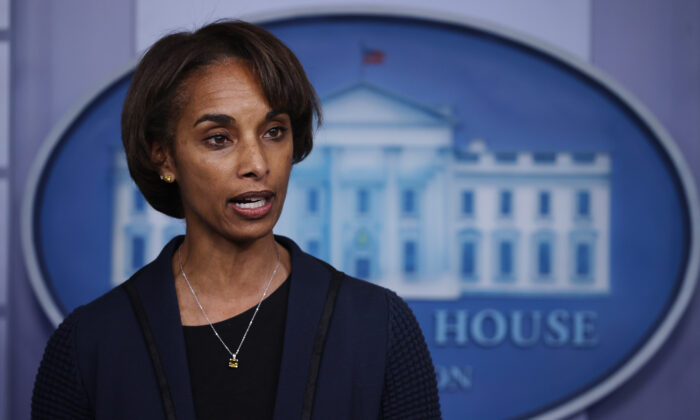 Moving the Major League Baseball (MLB) All-Star game from Georgia is going to cost people their jobs, the White House acknowledged on Sunday.

“There is undoubtedly going to be a cost,” Cecilia Rouse, chair of the Council of Economic Advisers, said when asked about a hypothetical popcorn stand worker who found out he won’t be hired to work the July game because of the move.

Rouse was speaking on CBS’s “Face the Nation.”

MLB Commissioner Robert Manfred Jr. announced Friday that the league was taking both its All-Star game and draft from Georgia, in response to an election reform law passed by state lawmakers and signed into law by Gov. Brian Kemp.

“I have decided that the best way to demonstrate our values as a sport is by relocating this year’s All-Star Game and MLB Draft,” he said.

President Joe Biden had said before the decision he would support MLB shifting the game, as he offered statements about the law that weren’t accurate.

One of Georgia’s two U.S. senators, Sen. Jon Ossoff (D-Ga.), told The Epoch Times he opposed moving the game because of the impact that it would have on jobs. Sen. Raphael Warnock (D-Ga.), though, hewed closer to Biden’s stance, saying he respected the decision.

Cobb County’s travel department estimated that the county will lose $100 million in revenue.

“This event would have directly impacted our county and the state, as visitors spend their dollars on local accommodations, transportation, entertainment and recreation, food and retail throughout the county,” the department told WSB-TV. “This would have been a big boost to Cobb businesses and help with recovery after the COVID-19 pandemic.”

The hit on the economy was referenced by Kemp during a press conference over the weekend.

“In the middle of a pandemic, Major League Baseball put the wishes of Stacey Abrams and Joe Biden ahead of the economic well-being of hard working Georgians who were counting on the All-Star game for a paycheck. Georgians and all Americans should know what this decision means. It means canceled culture and partisan activists are coming for your business,” he said.

Officials in various states are now attempting to convince MLB to relocate the game to their state.