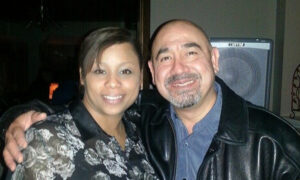 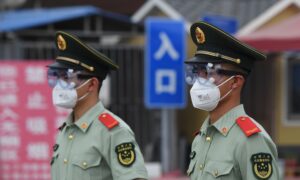 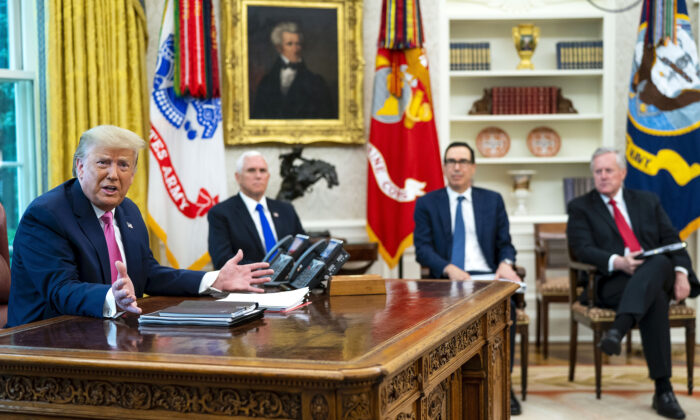 White House chief of staff Mark Meadows said Aug. 2 that COVID-19 relief legislation likely will not be passed in the near future as talks between Democrats and Republicans continue to stall.

“Yesterday was a step in the right direction,” Meadows told CBS’s “Face the Nation.” “I’m not optimistic there will be a solution in the very near term.”

It came after Senate Minority Leader Chuck Schumer (D-N.Y.) and other officials indicated that progress was made on Aug. 1.

Meadows said that Democratic lawmakers’ demands are the reason for the impasse.

“If you have unemployed people that have lost their enhanced unemployment, they need to call their Democrat senators and House members because they’re the ones standing in the way,” he said in the interview.

Meadows again called on House Speaker Nancy Pelosi (D-Calif.) and Schumer to pass a temporary extension on unemployment that would allow the federal $600-per-week extra benefit to continue for another week. Those benefits expired on July 21.

The benefits were passed as part of the CARES Act in March that sought to curb economic losses amid pandemic lockdowns.

Lawmakers should “encourage Speaker Pelosi to look at doing a standalone bill for enhanced unemployment and encouraging her Senate colleagues to do the same,” Meadows said.

The unemployment provision is the most significant sticking point between Republicans and Democrats, with Republicans saying that the benefits create a disincentive for people to return to work. Democrats have pushed to extend the extra federal benefits until January 2021.

In the HEALS Act proposed by Senate Republicans, the extra benefit would be pared down to $200 per week, and later, 70 percent of wage replacement. Other Senate Republicans have rejected any extension of the benefits.

“We continue to see really a stonewalling of any piecemeal type of legislation that happens on Capitol Hill,” Meadows added in the interview. “Hopefully that will change in the coming days.”

But Pelosi stood firm on the expanded benefits.

“As that goes down, then you can consider something less than the $600, but in this agreement it’s $600,” she said on “This Week.” “It’s essential for America’s working families.”

Treasury Secretary Steve Mnuchin told ABC News that President Donald Trump supports the extra benefits but doesn’t want people to make more than they would have been earning if they had a job.

“I think on the concept, we absolutely agree on enhanced unemployment. We want to fix the issue where in some cases people are overpaid and we want to make sure there’s the right incentives,” Mnuchin said.

Both Democrats and Republicans, however, support sending out stimulus payments to Americans.