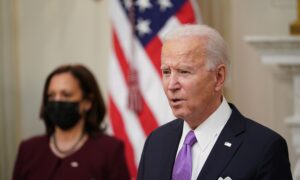 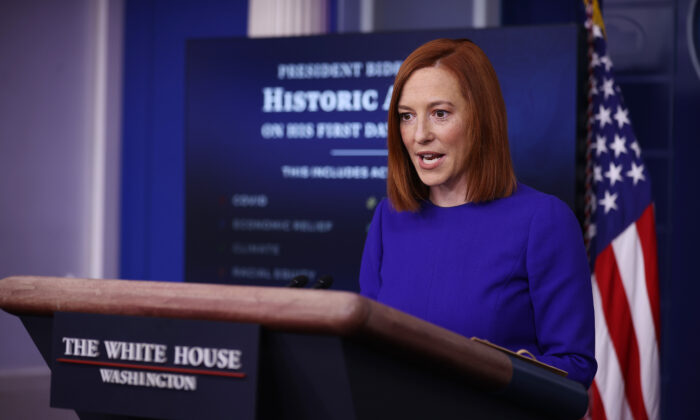 Following several days of significant short squeezes of stocks such as Gamestop, AMC Entertainment, BlackBerry, and others, the White House is looking into the situation.

White House press secretary Jen Psaki said that the administration and Treasury Secretary Janet Yellen are both “monitoring the situation.”

“The stock market isn’t the only measure of the health of our economy,” she stated at a press briefing, adding that it “doesn’t reflect how working or middle-class families are doing.”

Psaki started off her answer by mentioning that Yellen is the first female Treasury secretary.

She was responding to a question from a White House reporter about whether there have been “conversations with the [Security and Exchange Commission]” about the short squeeze initiative, which appears to be spreading via the sub-Reddit Wallstreetbets, Twitter, and 4chan.

According to Reuters, “Retail traders scored against professionals on Wednesday as hedge funds Citron and Melvin retreated with heavy losses on short positions in GameStop in the week-long battle between Wall Street and Main Street, with more calling for scrutiny of anonymous stock trading posts on social media.”

Meanwhile, TD Ameritrade told customers that the firm is blocking some trades for AMC, Gamestop, and certain securities.

“We made these decisions out of an abundance of caution amid unprecedented market conditions and other factors,” read a notification from TD, according to the Wall Street Journal.

“Because the rules are changing, people don’t like that,” technology investor Chamath Palihapitiya told CNBC. “We are moving to a world where ordinary folk have the same access as professionals and can come to the same conclusion or maybe the opposite. The solution is more transparency on the institutional side not less access for retail.”

A Reddit spokesperson told Reuters that the website has not been contacted by federal authorities about the Wallstreetbets board.

“It does have a David and Goliath feel where the Reddit crowd is taking on the most shorted stocks by the largest hedge funds in the world and winning,” stated Ryan Detrick, senior market strategist at LPL Financial in Charlotte, North Carolina.

But some financial managers warned about the possibility of what could happen next.

“It’s a dangerous game to play from both sides of the spectrum, whether you’re long or short,” said Matthew Keator, managing partner in wealth management firm the Keator Group in Massachusetts. “You get close enough to the fire you’re going to get burned … it won’t matter what social media is cheering the stock on.”

The Epoch Times has reached out to the Securities and Exchange Commission for comment.