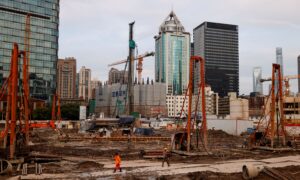 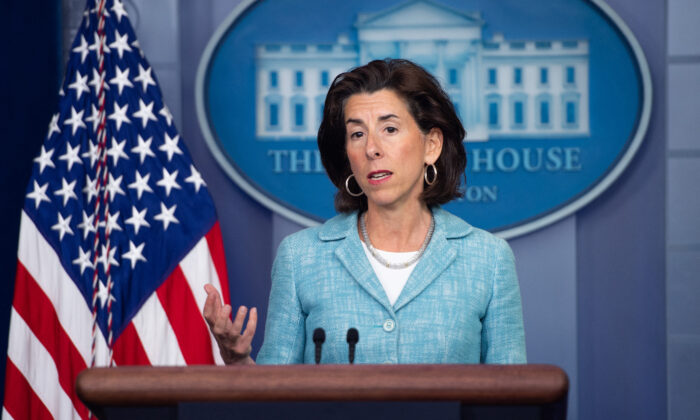 White House Investing $3 Billion to Get Americans Back to Work

WASHINGTON—The Biden administration announced on July 22 an economic development plan that would invest $3 billion to support jobs and economic recovery in distressed and underserved communities affected by the pandemic.

The initiative would bring “transformative growth” to communities throughout the country by investing in infrastructure, innovation, and workforce training, according to Secretary of Commerce Gina Raimondo, who announced the details of the investment plan.

“This initiative has the potential to create, we believe, 300,000 jobs in the near term,” she said during a press briefing at the White House.

As part of the plan, $1 billion will be invested in innovation and projects that develop new industries or expand existing ones in underserved communities.

“We have designed this so that funds can also be used for support services like childcare and transportation while folks are getting trained. So, we make sure they get to the finish line of the training and get a job.”

The initiative is expected to help nearly 2 million women who dropped out of the labor force due to the pandemic.

The investment is funded by the American Rescue Plan Act, signed into law in March by President Joe Biden, and it will go through the Department of Commerce’s Economic Development Administration (EDA).

The grants will be provided to states, cities, counties, nonprofits, and universities. Companies, including small businesses, won’t be eligible to receive the money.

Starting on July 22, every community in the country can begin applying for the funding on the EDA’s website, Raimondo said, noting that it would be a competitive grant process.

As part of the plan, $750 million will be allocated toward the recovery of the travel and tourism sector. A large portion of the fund will be distributed to all states in the next few weeks to address the immediate needs of communities that rely on the tourism sector.

Raimondo said the EDA’s investments over the past 10 years have helped Albany, New York, turn into a global semiconductor and bioscience hub. She said this new initiative is designed to bring a similar type of transformative growth to other communities.

When asked about the semiconductor chip shortage in the country, Raimondo said the administration is “engaging almost daily with industry.”

The bill passed the House Foreign Affairs Committee last week on a party-line vote of 26–20. It’s currently unclear if it will get a vote by the full House, according to a congressional aide familiar with the bill.

“We are working as hard as we can to get the House to pass” the legislation, Raimondo said. “We need to incentivize the manufacturing of chips in America.”