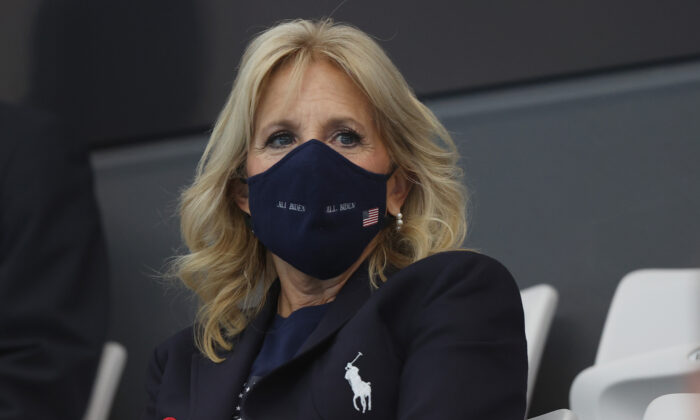 “For a kid from Easton, Pennsylvania, who only ever dreamed of stepping foot into this history-rich residence for a tour, working for First Lady Jill Biden in the White House has been the proudest and most rewarding experience of my life,” LaRosa said in a statement to The Washington Post about his departure. His last day is Friday.

LaRosa, a former MSNBC producer, joined Joe Biden’s campaign in 2019 as Jill Biden’s spokesman before he was named press secretary to the first lady in January of last year.

“I am forever grateful to her for taking a chance on me nearly three years ago, bringing me on this journey with her around the country, and the privilege of being a small part of the history,” he added to the paper.

Reports say LaRosa is planning to join Hamilton Place Strategies, a Washington-based public affairs company. It’s not clear who will be named to replace him as the first lady’s spokesperson.

“For nearly three years, from the campaign to the White House, Michael has brought an encyclopedic knowledge of politics and media to my team as my spokesperson and adviser,” Jill Biden told CNN. “On a small team, loyalty and friendship are lifelong—we will miss Michael. However, we are excited for him to begin a new chapter in his career.”

Earlier in July, it was confirmed that White House Communications Director Kate Bedingfield would be stepping down from her position. In confirming her exit, White House chief of staff Ron Klan said that Bedingfield “played a huge role” at the White House but will now “spend more time with her husband and young children.”

Before that, Cedric Richmond, a former congressman from Louisiana, had led Biden’s Office of Public Engagement but recently departed to work with the Democratic National Committee. Former Atlanta Mayor Keisha Lance Bottoms replaced him in the administration.

“The First Lady apologizes that her words conveyed anything but pure admiration and love for the Latino community,” he wrote on Twitter on July 12.