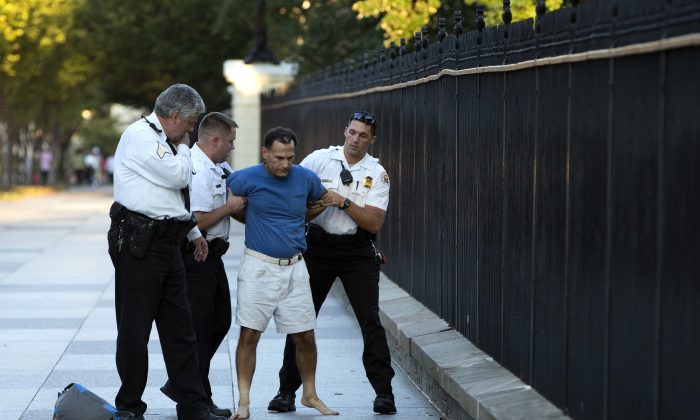 White House: Gunfire Outside Building Turns Out to be Firecrackers

Gunfire was reported just outside of the White House on Monday night turned out to be firecrackers, according to reports.

The pops were heard at around 6:30 p.m., and it forced the White House to lock down, according to AFP and the Fox News.

A man was arrested after he apparently threw firecrackers over the White House fence, reported Reuters.

Reuters reported that uniformed agents told bystanders to go into the White House.

A federal law enforcement official says the shoeless man was immediately arrested Monday. An Associated Press photographer heard what sounded like two gunshots outside the White House. Three uniformed Secret Service officers arrested a middle-aged man. The man was white, with dark hair, a blue shirt and white shorts. His white shoes lay on the ground near where the officer tackled him.

The incident happened just hours after at least one suspect opened fire inside the Washington Navy Yard, killing at least 12 people. The gunman was also killed.