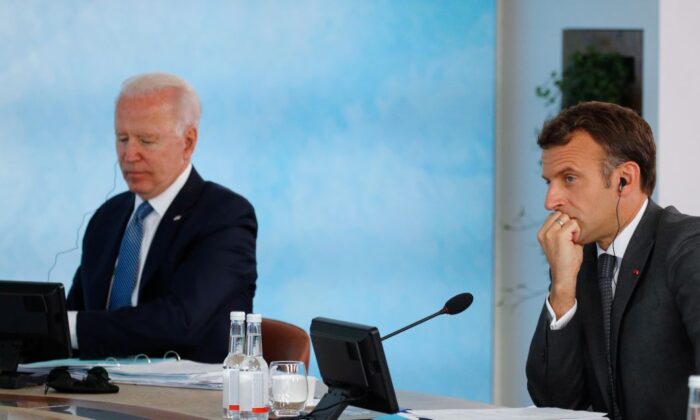 France’s ambassador to the United States will return to Washington after a spat over a nuclear submarine deal with Australia, according to a joint statement released by the French government and the White House.

“The two leaders agreed that the situation would have benefitted from open consultations among allies on matters of strategic interest to France and our European partners. President [Joe] Biden conveyed his ongoing commitment in that regard,” read the joint statement released Wednesday.

Adding that French President Emmanuel Macron and Biden will meet in late October, the two parties noted that Macron also decided that French Ambassador Philippe Etienne will return to the United States, days after he directed him to leave Washington.

Last week, Biden announced a deal with the United Kingdom and Australia that the United States and UK will provide Canberra with nuclear submarines. It meant, however, that Australia would have to renege on its agreement, reportedly worth $65 billion, with France to provide it with French submarine technology.

France’s Foreign Ministry office issued a number of angry statements, accusing the three nations of betrayal, before pulling its ambassadors to Washington and Canberra. It’s not clear if the French ambassador to Australia will return in the near future, and the joint statement released Wednesday made no mention of it.

Etienne, the statement continued, “will then start intensive work with senior U.S. officials” as Biden has reaffirmed “the strategic importance of French and European engagement in the Indo-Pacific region, including in the framework” of the EU’s Indo-Pacific strategy.

“The United States also recognizes the importance of a stronger and more capable European defense, that contributes positively to transatlantic and global security and is complementary to NATO,” the statement said.

The diplomatic rift between the United States and France, which have been allies for much of America’s history, came as Biden delivered his first address to the U.N. General Assembly, where he touted diplomacy on the international stage. The Biden administration also received significant blowback for how it handled the military withdrawal and chaotic evacuation of thousands of people from Afghanistan.

“Certainly, we were caught by surprise by this announcement,” Borrell said, referring to last week’s announcement.

Another EU official, European Council President Charles Michel, stated that he found it difficult to understand the Biden administration’s decision.

“Why? Because with the new Joe Biden administration, America is back. This was the historic message sent by this new administration and now we have questions. What does it mean … America is back? Is America back in America or somewhere else? We don’t know,” he told reporters in New York this week.

On Monday, the Department of Homeland Security said it will ease restrictions on fully vaccinated travelers from the European Union that have been in place since the pandemic started early last year. White House officials said that decision was based on scientific data and wasn’t politically motivated.