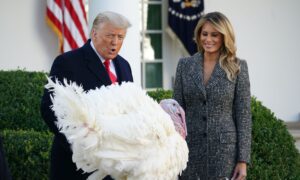 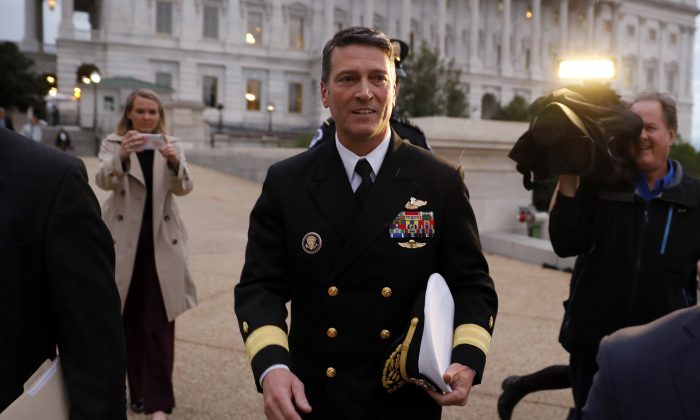 Jackson, a physician for three presidents, was nominated by President Donald Trump to head the Veteran Affairs Department.

But then Senator Jon Tester (D-Mont.) circulated a list of anonymous allegations against Jackson, including claims that Jackson created a hostile work environment and in some instances behaved unprofessionally. Tester said the allegations came from Jackson’s current and former colleagues.

Jackson called the allegations “completely false and fabricated,” but still withdrew, saying the situation had become a distraction for Trump.

Peña has been with the White House Medical Unit since 2014 and was last year assigned by the unit as a physician to Pence.

“Pena has had a long-standing feud with doctor Jackson…she’s very jealous that he’s been consistently promoted. This isn’t about being a whistleblower—there are other procedures for that. She went up to the hill and she spoke with approximately twenty-five Democrats…she’s a holdover in the White House and didn’t want Jackson to be nominated,” one of the officials said.

There’s also no sign any of the allegations have shown up during the FBI’s thorough background checks on Jackson.

Peña has also leaked to CNN internal documents regarding her dispute with Jackson from last fall.

Alyssa Farah, press secretary for the vice president, told CNN the dispute involved Pence’s wife Karen, and Peña’s complaint about it was “appropriately referred … to the proper channels.”

The second lady “has been briefed on all the facts related to a private matter regarding her health care. She is grateful for the professional care she received from all White House medical personnel who resolved the matter quickly. She considers the matter closed and has no further comment on the situation.”

Pence’s office learned of Peña’s resignation on Friday, May 4, Farah said in a statement to Fox News.

Jackson’s name was also brought up in a report by the Navy’s Medical Inspector General in 2012, when he led the White House Medical Unit (WHMU). Staffers said he exhibited poor leadership and contributed to a poor climate, though the report put heavier blame on then-physician to the President, Navy Capt. Jeffrey Kuhlman.

“[M]ost feel that Capt. Jackson’s failures were primarily due to the destructive rapport with Capt. Kuhlman and that he has not had the opportunity to lead the WHMU without hindrance or support,” the report concluded.

Jackson, 50, has worked as a presidential physician since the George W. Bush administration and has been the lead doctor for Trump as well as former President Barack Obama. He is well-liked by both Republican and Democratic administration officials.

Jackson has resigned from his job as the top White House physician.

The Iraq war veteran took on a higher profile when he gave a long and glowing account of Trump’s health at a news conference in January after his first presidential medical exam.

The Veterans Affairs Department has long been under fire for the quality of healthcare it provides veterans. During his election campaign, Trump vowed to clean it up.

Trump has criticized Tester for smearing the physician.

“Allegations made by Senator Jon Tester against Admiral/Doctor Ron Jackson are proving false. The Secret Service is unable to confirm (in fact they deny) any of the phony Democrat charges which have absolutely devastated the wonderful Jackson family. Tester should resign,” Trump tweeted on Saturday morning, April 28.

“The great people of Montana will not stand for this kind of slander when talking of a great human being. Admiral Jackson is the kind of man that those in Montana would most respect and admire, and now, for no reason whatsoever, his reputation has been shattered. Not fair, Tester!”

Tester’s seat will be contested in the Nov. 6 midterms. Trump carried Montana in the 2016 elections with over 56 percent, compared to Hillary Clinton’s less than 36 percent.

Trump told Fox & Friends over the phone on Thursday that he liked Jackson as a candidate in part because he isn’t a politician. After this experience, however, he said his new candidate, yet to be announced, has “political capabilities.”

Ivan Petchoukov and Reuters contributed to this report.