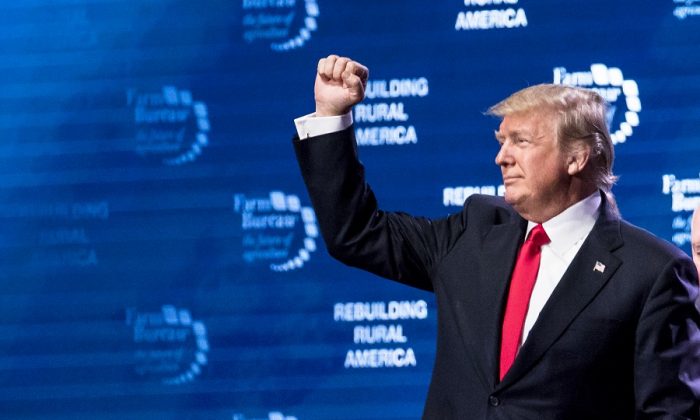 The White House doctor reported that President Donald Trump is in excellent health after conducting the first medical exam of Trump’s presidency on Friday, Jan. 12.

“The president is in excellent health and I look forward to briefing some of the details on Tuesday,” Jackson said in a White House statement.

Trump, 71, will get the final say about which of the medical data collected during the exam is released to the public on Tuesday, when Jackson will brief the media.

On the way to the exam, Trump was optimistic about the results.

“I think it’s going to go very well. I’ll be very surprised if it doesn’t,” he had said Thursday, according to CNN.

Medical exams are optional, but modern presidents usually undergo them. There is no set format for how the results are released. The data made public usually include the president’s height, weight, body mass index, heart rate, and blood pressure.

Prior to the 2016 election, Trump’s longtime doctor, Harold Bornstein, released a letter saying that Trump is “in excellent physical health.”

A year prior to that, in 2015, Bornstein released a similar letter.

“If elected, Mr. Trump, I can state unequivocally, will be the healthiest individual ever elected to the presidency,” Bornstein wrote.