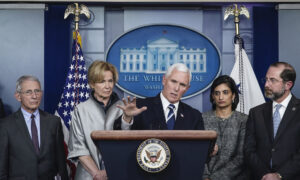 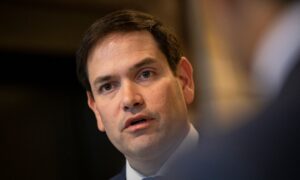 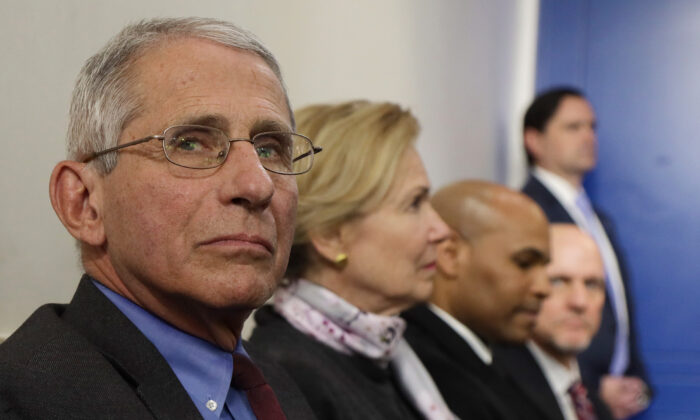 Dr. Anthony Fauci, director of the National Institute of Allergy and Infectious Diseases, attends the daily briefing of the Coronavirus Task Force at the White House in Washington on April 10, 2020. (Alex Wong/Getty Images)
Trump Administration

White House coronavirus task force officials cannot testify to Congress in May unless they get express approval from Mark Meadows, the White House chief of staff, according to a memo made public on May 4.

The memo was sent by the White House Office of Legislative Affairs to staff directors in the House of Representatives and Senate.

Dr. Anthony Fauci, head of the National Institute of Allergy and Infectious Diseases, and Dr. Deborah Birx, response coordinator, are two task force members who will be restricted from testifying, along with Dr. Robert Redfield, head of the Centers for Disease Control and Prevention.

For departments that are directly involved in the response to the CCP (Chinese Communist Party) virus, in order to preserve resources, no more than four virus-related hearings should be scheduled with relevant House and Senate committees and subcommittees.

While other departments, agencies, and witnesses can accept invitations to testify, agency resources will be prioritized toward the response efforts, the White House stated.

“The demands on agencies’ staff and resources are extraordinary in this current crisis. Agencies must maximize their resources for COVID-19 response efforts and treat hearing requests accordingly,” the memo states.

Some invitations to testify will be declined, especially if officials feel that topics overlap with another hearing.

The memo came after the Trump administration said it wouldn’t let Fauci testify before a House subcommittee, although he’s still expected to testify at a Senate Health, Education, Labor, and Pensions Committee hearing on May 12.

“While the Trump administration continues its whole-of-government response to COVID-19, including safely opening up America again and expediting vaccine development, it is counterproductive to have the very individuals involved in those efforts appearing at congressional hearings,” White House spokesman Judd Deere said last week.

“The White House is blocking key officials from testifying to Congress about the response to the coronavirus crisis. This is just the latest sign of Trump’s efforts to keep the truth from the American people,” House Speaker Nancy Pelosi (D-Calif.) added.