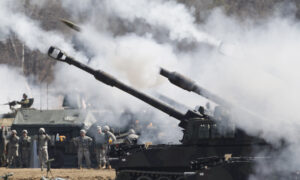 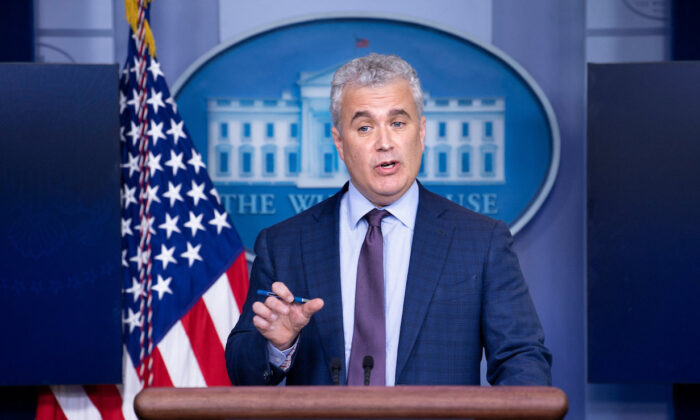 The White House confirmed Thursday it is considering requiring foreign visitors to show proof of COVID-19 vaccination as a condition for international travel.

Jeff Zients, the White House COVID-19 response coordinator, told reporters on Thursday that several federal agencies are examining the possibility of issuing such a mandate.

“We will be ready when it is the right time to consider reopening,” Zients said at a White House COVID-19 briefing. He appeared to confirm anonymously sourced reports that administration officials will have to present proof they’re vaccinated against the virus.

There is still no timetable on when the United States will resume international travel to certain countries, as a number of federal officials have cited concerns about the Delta variant.

In early 2020, the United States imposed its first restrictions on travel from China—where the virus originated—before imposing restrictions on Europe and other nations.

Canada recently announced it would allow “nonessential” travel from the United States if travelers can provide proof of vaccination. The United States, however, did not reciprocate Canada’s policy and has kept its border with its northern neighbor closed due to COVID-19.

And in contrast, along the U.S.–Mexico border, which is still seeing record numbers of illegal immigrants crossing, proof of COVID-19 vaccination isn’t required before aliens are released into the United States. Reports last month said that during the final week of July, about 7,000 people who crossed illegally were released in McAllen, Texas.

It was not immediately clear whether a plan would require visitors arriving from Mexico and Canada to be vaccinated before crossing land borders.

Starting late last month, a number of large corporations including Google, Facebook, Tyson Foods, and many others started mandating that their employees get vaccinated by a certain date or potentially face termination. The federal government, too, will soon require employees to get vaccinated or wear a mask and socially distance.

This week, New York City became the first to announce a policy implementing a COVID-19 vaccine pass that requires customers to show proof of vaccination before they enter restaurants, gyms, and theaters. The Los Angeles City Council is working on passing a similar mandate.

Vaccine passports and similar systems have been criticized by civil liberties groups, conservatives, and even some Democrats as creating a segregated society of vaccinated and unvaccinated people.

During a news conference earlier this week, Zients announced that it is “time to impose some requirements on COVID-19 vaccines.”

President Joe Biden, he said, “called on states and local governments to use funding they have received, including from the American Rescue Plan, to give $100 to anyone who gets fully vaccinated,” adding that “if financial incentives like these help us get more shots in arms, we should use them.”

But he went a step further, saying that mandates must be imposed.