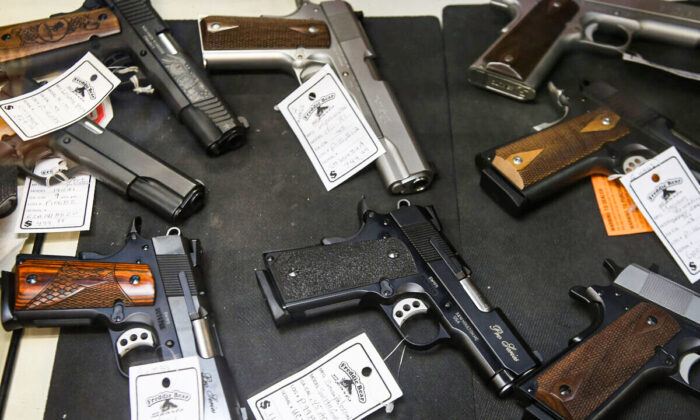 The Biden administration has rolled out a new strategy meant to reduce suicides among veterans and active military personnel that includes a campaign on safe firearm storage.

The campaign will include paid media promoted on social media and search engines; training for crisis responders, health care professionals and others; toolkits; and state-level maps to show where firearms can be stored outside of a gunowner’s home.

The new document reads: “Efforts must extend beyond calls for public education campaigns and include policies and programs designed to change behaviors among leaders and supervisors, peers, family members, as well as health and social-service providers.”

“In this context, ‘time and space’ between a person in crisis and their access to lethal means is lifesaving,” the document reads.

The report also calls for government agencies to develop a plan in the next year to improve access to mental-health services and make new recommendations. It seeks, as well, to address “upstream” suicide risk by assisting veterans and their families in the transition to civilian life. And it calls for data on suicide-risk factors and outcomes to be shared, or integrated, among agencies.

The Department of Justice is also expected to finalize a 2016 rule proposed by the Bureau of Alcohol, Tobacco, Firearms and Explosives that would clarify firearms dealers’ obligations to make gun storage, or safety devices, available for purchase.

The moves comes a week before Veterans Day and builds off the Trump administration’s plan announced last year that steered $53 million towards veteran suicide prevention. That plan included recommendations like suicide surveillance and a public health campaign.

About 17 veterans a day died by suicide in America in 2019, according to the latest statistics available from Veterans Affairs.

And more than 65,000 veterans have died by suicide since 2010—more than the total number of deaths from combat during the Vietnam War and the operations in Iraq and Afghanistan combined, according to the White House.

President Joe Biden has also made continued calls for Congress to pass “red flag” laws that would allow police, or family members, to petition a court to bar an individual from accessing firearms.