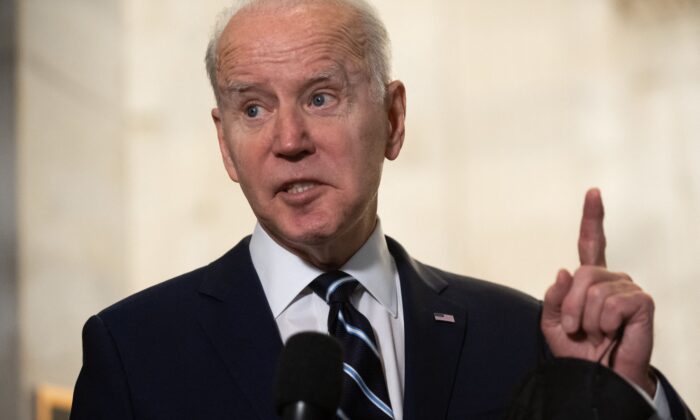 White House Defends Not Releasing Visitor Logs From Delaware, Where Biden Spends a Quarter of His Time

A New York Post reporter asked Psaki at a White House press briefing Tuesday if the administration would reconsider its policy to not release visitor log information from the president’s Wilmington and Rehoboth Beach residences where he regularly spends his weekends.

“Well, the President goes to Delaware because it’s his home,” responded Psaki. “And it’s also where his son and his former wife are buried. And it’s a place that is, obviously, close to his heart.”

Biden is one year into his presidency and has spent at least part of 99 days in the First State—more than a quarter of the whole year.

Wilmington, Delaware is just under 100 miles from Washington D.C. as the crow flies and the president often rides Air Force One home.

“A lot of presidents go visit their home when they are President,” Psaki continued. “We’ve also have gone a step further than the prior administration and many administrations in releasing visitor logs of people who visit the White House, and we’ll continue to do that.”

The White House visitor logs are available online. The Biden administration reinstated the policy of identifying visitors to the White House after President Donald Trump’s administration moved to end the practice in the spring of his first year in office, citing national security.

Psaki also stated in August that the administration would not be releasing Delaware visitor logs saying:

“I can confirm we are not going to be providing information about the comings and goings of the president’s grandchildren or people visiting him in Delaware.”

Biden has used his time in Delaware to conduct presidential duties. He, for example, conducted a phone call with Russian President Vladimir Putin from Wilmington last month.

This Biden administration has repeatedly pledged to bring back truth and transparency to government.

But Biden will be giving only his second formal press conference Wednesday on the eve of his first year in office.