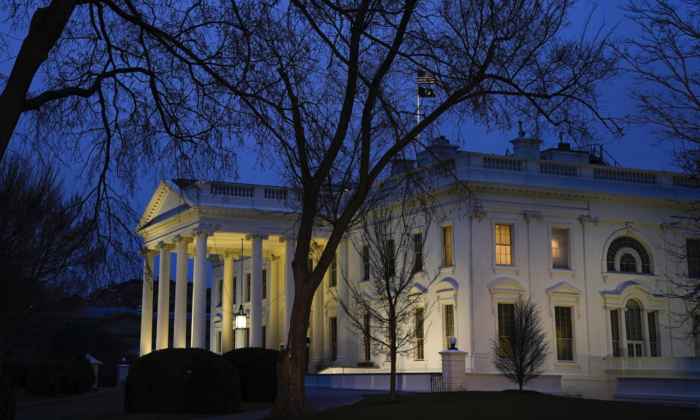 The White House issued a rare statement on April 10 accusing the taxpayer-funded Voice of America radio network of promoting propaganda from the Chinese Communist Party about the spread of the CCP virus.

“Secrecy from the Communist Party of China allowed the deadly virus to spread across the world,” the White House said in a statement. “Journalists should report the facts, but VOA has instead amplified Beijing’s propaganda.”

The first example was a video that VOA posted on Twitter on April 7 of a light show in Wuhan, China, that marked the purported end of the city’s 76-day lockdown. The link in the tweet leads to an Associated Press article about the light show; the video clip includes an Associated Press credit.

VOA wasn’t the only outlet to share the video.

“As intelligence experts point out, there is simply no way to verify the accuracy of China’s numbers,” the White House statement said.

VOA released a detailed statement addressing the White House allegations, pointing out that the outlet has regularly exposed Chinese disinformation related to the CCP virus.

“We are thoroughly covering China’s disinformation and misinformation in English and Mandarin and at the same time reporting factually—as we always do in all 47 of our broadcast languages—on other events in China,” VOA Director Amanda Bennett said in a statement.

“Unlike China, VOA has stuck to verifiable facts, including publishing numerous articles in Mandarin, English, and other languages that outed China’s initial secrecy keeping information of the initial outbreak from the world,” Bennett added.

“VOA has thoroughly debunked much of the information coming from the Chinese government and government-controlled media.”

Bennett noted that the data used for the comparison of deaths in China and the United States came from Johns Hopkins University, a source broadly used by other media. The VOA statement includes a substantial list of articles debunking Chinese propaganda.

The Epoch Times has previously reported on multiple points of evidence suggesting that the communist regime has severely underreported the severity of the CCP virus outbreak and the total death toll from the pandemic in China. The regime has simultaneously engaged in a global propaganda campaign to glorify its response to the pandemic, while seeking to undermine the United States.

According to Sasha Gong, a former China branch director at VOA, the outlet has an overall supportive tone when it comes to the Chinese communist regime, including on topics related to the CCP’s overseas propaganda efforts, such as Confucius Institutes. Gong suggested that the tone may be the result of coercion by CCP authorities, who often summon reporters “for a talk” among other pressure tactics.

“These are typical tactics. These will inevitably affect how reporters and editors handle things,” Gong told NTD Television. “A lot of people, after coming back from China, no longer want to do China-related reporting, saying it’s too dangerous.”

Bennett said that, similar to other U.S. outlets, much of “VOA’s reporting staff has been effectively barred by the Chinese government from working inside China.”

Eva Fu and Annie Wu contributed to this report.