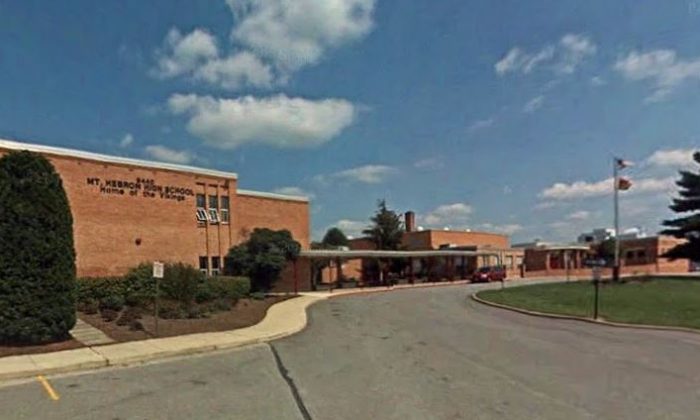 The 30-second clip shows a student at Mt. Hebron High School, in Ellicott City, saying: “who the [expletive] cares about some black man who dies?”

The student goes on to say that black lives do not matter because “they are an inferior race, OK?”

He then grabbed a $5 bill and held its portrait of Abraham Lincoln up to the camera.

“This guy is a traitor to the white race,” he said.

“I am learning from this mistake and hope to gain forgiveness from those who I hurt with my words,” he said via social media.

The video was recorded at a party, but school administrators sent a letter about the footage to parents, saying it has been “offending many people of all races, and reflecting poorly on students directly involved and those who chose to stand silent.”

“This behavior is unacceptable and will not be tolerated,” Howard County superintendent Renee Foose wrote, according to the Washington Post.

Some dismissed the recorded comments as things lots of people say but others were offended.

School Board Member Ann De Lacy said she had never seen anything like it.

“I was absolutely stunned. I don’t think I’ve seen anything as angry and demeaning before. It was so hate-filled. It was just shocking that a child that young could harbor such hate,” she said.

She wants the school to have a town hall as soon as possible.