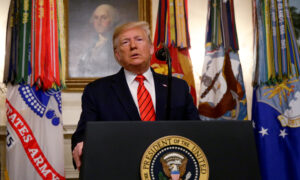 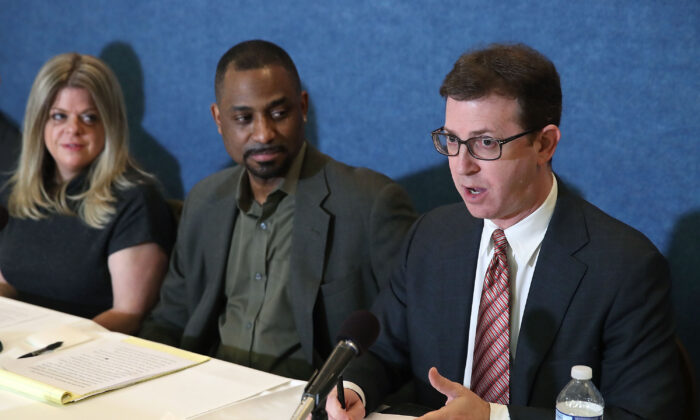 One of the lawyers representing the person who filed a complaint against President Donald Trump called for a “coup” against the president in a post on Twitter, and said “we will get rid of him” in another, prompting the president to call for the end of the “impeachment hoax.”

“Based on the information released last night about the Fake Whistleblowers attorney, the Impeachment Hoax should be ended IMMEDIATELY! There is no case, except against the other side!” Trump wrote on Twitter on Nov. 7.

Mark Zaid is helping represent the whistleblower who filed the complaint. Zaid has a history of animus against Trump, and unearthed tweets from 2017 show him predicting that the president would eventually be removed from office.

In January 2017, Zaid wrote: “#coup has started. First of many steps. #rebellion. #impeachment will follow ultimately.” He wrote several other similar tweets about a “coup.”

In June 2017, Zaid wrote: “45 years from now we might be recalling stories regarding the impeachment of @realDonaldTrump. I’ll be old, but will be worth the wait.”

In July 2017, Zaid wrote, “I predict @CNN will play a key role in @realDonaldTrump not finishing out his full term as president.”

In another tweet that month, Zaid wrote, “We will get rid of him, and this country is strong enough to survive even him and his supporters.”

#coup has started. As one falls, two more will take their place. #rebellion #impeachment

And 45 years from now we might be recalling stories regarding the impeachment of @realDonaldTrump. I’ll be old, but will be worth the wait https://t.co/x6rvUIJJdL

It’s very scary. We will get rid of him, and this country is strong enough to survive even him and his supporters. We have to.

Zaid dismissed concerns about his prior statements, posting late Wednesday that one tweet about the situation “just makes me laugh.”

He also shared missives from people defending him, including a liberal who wrote: “If my centrist & non-partisan friends @MarkSZaidEsq & @BradMossEsq were going to start a left wing coup against Trump, I would think they would have called me, an actual lefty, to pitch in and help. No call, so no coup.”

Andrew Bakaj, another lawyer representing the whistleblower, has also made anti-Trump comments in the past.

“The 25th Amendment concerns @POTUS’ inability to discharge the powers and duties of office. Says nothing about mental health. We’re there,” he wrote on Aug. 17, 2017.

Trump also took aim at Zaid during a rally on Nov. 6, reading the lawyer’s tweets to the crowd.

“It’s all a hoax, they say Jan. 2017 ‘a coup has started and the impeachment will follow, ultimately,'” Trump said. “It’s all a hoax. It’s a scam. And you know who helps them? These people right back here, the media,” he added, pointing at reporters.

“From the lawyer, a sleazeball, it said ‘I predict that CNN will play a key role in Trump not finishing out his first term.’ Can you believe this? And this was all done a long time ago,” the president added.

House Minority Leader Kevin McCarthy also reacted to the news, saying in a statement, “The lawyer behind the so-called whistleblower has been calling for a ‘coup’ against the President of the United States since January 2017.”

He added: “We should take him at his word that this is a coordinated, premeditated plot to overturn the election.”