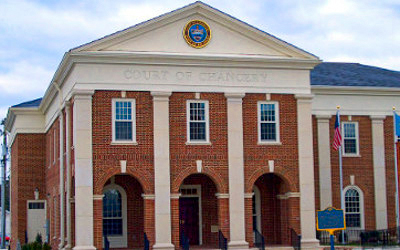 An election integrity group is representing a state government whistleblower who claims in a new lawsuit that Delaware is playing fast and loose with state election laws by enforcing statutes that violate the state’s constitution.

The Delaware General Assembly approved a law in 2019 that allows early voting in person at least 10 days before the day of a general election. The Delaware State Constitution stipulates that the general election must be held on one specific day only.

A Delaware statute also allows registrants to apply to the Department of Elections for something called “permanent absentee status,” even though the state constitution only allows absentee voting with strict restrictions on eligibility.

This law violates the constitution because it grants an individual the eligibility to vote by absentee ballot in perpetuity, without consideration of the applicant’s eligibility in each subsequent election, according to Michael Mennella, an inspector of elections who says he’s being forced to choose between enforcing the Constitution of Delaware or the unconstitutional statutes.

Mennella, a registered voter and resident of Newark, has served as an inspector of elections for the Delaware Department of Elections in at least eight elections during the past five to six years, according to court documents.

“Mennella is responsible for overseeing the election at his assigned polling place and administering the election in accordance with the Delaware Constitution, statutes, and other laws,” the documents read. “Mr. Mennella plans to serve as an inspector of elections at the 2022 General Election and at other future elections.”

Having to enforce the constitutionally objectionable statutes would “harm Plaintiff Mennella because they require him to violate the oath he must take as an inspector of elections, his duties, and the Constitution of Delaware, and risk severe penalties and even prison time.”

The legal complaint (pdf) in the case, Mennella v. Albence, court file 2022-0179, was filed on Feb. 24 with the Court of Chancery of the State of Delaware. The lead defendant is Anthony Albence, who’s being sued in his official capacity as the state election commissioner. Jane Brady of Brady Legal Group is serving as local counsel in the lawsuit.

The Indianapolis-based PILF describes itself as “the nation’s only public interest law firm dedicated wholly to election integrity.” The nonprofit organization “exists to assist states and others to aid the cause of election integrity and fight against lawlessness in American elections.”

PILF stated that it won a similar lawsuit in Virginia. In 2020, it represented Thomas Reed, a local electoral board member, to stop Department of Elections guidance that required accepting absentee ballots without postmarks. The guidance was found to contravene Virginia law.

PILF also claimed victory in recent litigation in Pennsylvania aimed at making sure election law adheres to that state’s constitution. A court ruled that the state’s mail-in voting law was unconstitutional because the legislature didn’t have the authority to modify voting laws without amending the constitution.

The Office of the State Election Commissioner in Delaware didn’t respond to a request for comment by press time.