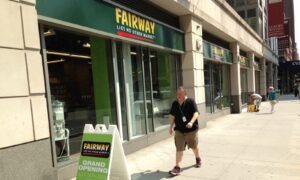 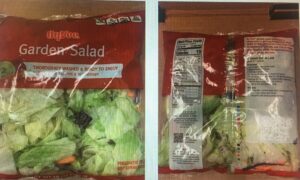 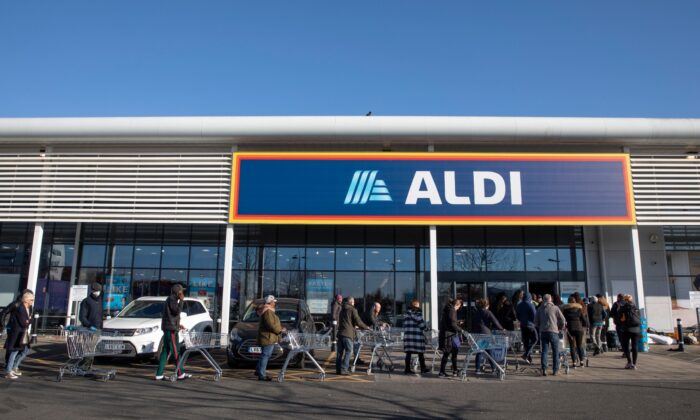 Shoppers queue outside an Aldi supermarket in London, UK, on March 23, 2020. (Dan Kitwood/Getty Images)
US News

While Most Retailers Struggle, Aldi Plans to Open 70 New US Stores

Retailers are expected to close stores in record numbers this year, but German discount grocery chain Aldi is still expanding in the United States.

Aldi announced Tuesday that it will open 70 new stores this year. It also said it recently surpassed the 2,000-store marker. The privately held grocer is on track to become the third largest supermarket chain behind Kroger and Walmart in terms of store count, with 2,500 stores by the end of 2022.

Aldi did not announce where the 70 new stores would be, but it will enter Arizona, its 37th state, later this year, with four new stores in the Phoenix area. Aldi will also open a new regional headquarters and distribution center in Loxley, Alabama, to distribute to stores in Alabama, Florida, and Louisiana.

Aldi has a low-cost business model and boasts that its prices are up to 50 percent cheaper than traditional supermarkets. Stores, at around 12,000 square feet, are much smaller than a typical U.S. supermarket of 40,000 square feet. More than 90 percent of the brands Aldi sells are its own private labels.

There are other quirks to the store, too. Shoppers need a quarter to rent a shopping cart. At checkout, cashiers hurry shoppers away, expecting them to bag their own groceries in a separate location away from the cash register.

Aldi opened its first U.S. store in 1976, but in recent years it has invested more than $5 billion to remodel existing stores and to open hundreds of new stores. Its close competitor Lidl, another German grocer with a similar business model, is racing to grow in the United States, too. Lidl entered the country in 2017 and has about 100 stores.

Aldi is expanding at a moment when much of the retail industry is in turmoil. The pandemic has forced retailers such as JCPenney into bankruptcy, led to job losses, and caused thousands of permanent store closures. A record 25,000 U.S. stores may close this year.

However, discount stores such as Dollar General and Grocery Outlet have reported strong sales during the pandemic. The unemployment rate is hovering above 11 percent and millions of people have lost their jobs, leading more consumers to hunt for bargains on groceries and essential items, analysts say. Additionally, food prices are rising.

“The economic shock of the coronavirus crisis is likely to fuel some trading down in grocery,” Coresight Research said in a research note in June. “We see this supporting growth at hard discounters Aldi and Lidl as well as differentiated value retailers such as Grocery Outlet.”

Aldi does not share financial data, but some analysts say the pandemic and the recession is buoying Aldi.

“Aldi may be the best positioned retailer to grow in the U.S.,” said Diana Sheehan, vice president at marketing research firm Incontext Solutions. “They have a pricing strategy that benefits consumers in a recessionary economy,” and Aldi is also “one of the most operationally efficient retailers in the country.”

The CNN Wire Service contributed to this report