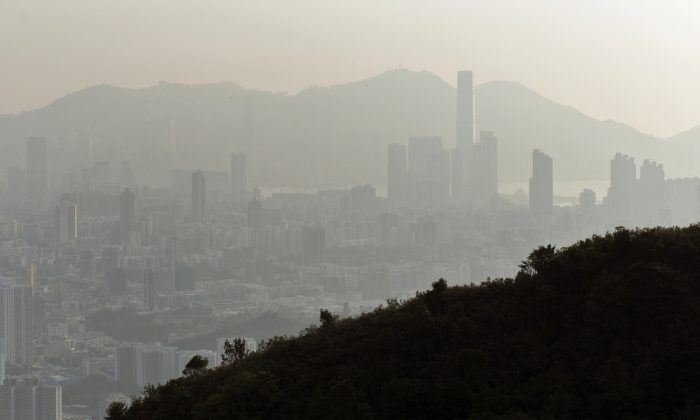 Beijing has finally gotten a break from its usual dose of heavy smog— only for the cancerous pollution to shift to Hong Kong, it seems, according to a report by the South China Morning Post.

On Jan. 21, as residents of the former British colony awoke to poor visibility and a darkened sky, the international air quality monitor AQICN.org gave the air in Hong Kong a quality rating of 189, or “unhealthy.”

AQICN readings conducted from monitoring stations in the Hong Kong regions of Central and Western, Sham Shui Po, and Kwun Tong were even dimmer, recording “high” levels of smog.

For Beijing, it was a rare day of sunshine and blue skies, with a “moderate” air quality index of just 57. Typically the Chinese capital is notorious for the grey haze obscuring its skyline.

At noon, stations in Central, Causeway Bay, and Mong Kok had Hong Kong’s worst smog readings, reaching “very high,” according to the government air quality health index (AQHI), a different metric than the international air quality monitor. Roadside measurements in Central reached 10 on the AQHI, just making it into in the “serious” category.

Children, the elderly, and people with heart or respiratory conditions are advised by the Hong Kong government to minimize exposure to the pollution by cutting down on how much time they spend outdoors.

Smog isn’t new to Hong Kong. The city’s taxi fleet boasts tens of thousands of vehicles running on liquefied petroleum that, according to a 2013 report by the Wall Street Journal, is a major cause of the white haze that commonly blankets Hong Kong’s air.

Hong Kong lies at the mouth of southern China’s Pearl River delta, in which pockets of stagnant air often form as a result of storms. In 2013, according to a Bloomberg report, the tropical storm Trami swept high concentrations of pollutants into the area, causing heavy smog.