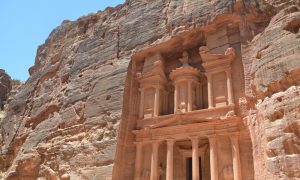 The Wonder That Is Petra, and the Best Time to See the Treasury
0
Share Now
TelegramFacebookTweetEmailTellMeWeReddit
Copy Link 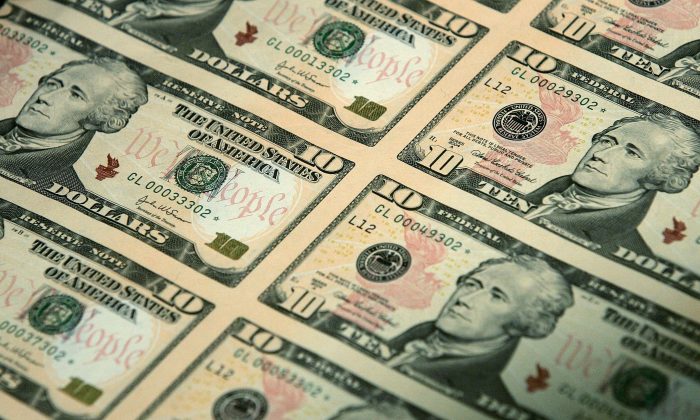 An uncut sheet of the $10 bill. The dollar has been rising in value against every other currency, including gold. (Alex Wong/Getty Images)
Business

Which Woman Should Appear on $10 Bill? Lew Will Weigh Ideas

Speculation is rising over which American woman will be chosen to grace the $10 bill, which has featured Alexander Hamilton since 1929. The answer will come sometime after Treasury Secretary Jacob Lew considers suggestions from anyone who wants to offer one—through town hall meetings or online.

Whoever is chosen by Lew will be the first woman to appear on U.S. paper currency in more than a century.

The bill’s actual design won’t be unveiled until 2020, the 100th anniversary of the passage of the 19th Amendment giving women the right to vote.

Treasury has created a website—www.thenew10.treasury.gov—for Americans to submit suggestions. The public can propose both, which woman should be chosen and which symbols of democracy should be included in the redesigned bill. Comments can also be submitted on Twitter using the hashtag #TheNew10.

“We are asking the American people to tell us what democracy means to them,” Lew told reporters. “Their feedback will shape what the new bill will look like.”

The first information sessions will be in Fort Worth, Texas, on June 24 and Washington on July 15 at the two printing facilities that the Bureau of Engraving and Printing uses to produce the nation’s paper money.

The effort to put a woman on the currency began as a grass-roots effort with a group known as Women on 20s launching a petition campaign to urge President Barack Obama to replace Andrew Jackson on the $20 bill with a woman.

Last summer, Obama expressed support for the effort. He said he had received a letter from a young girl suggesting such a change.

Lew offered no hints of whom he might choose, saying he first wanted to hear the views of the public. But the Women on 20s group conducted an Internet poll in which more than 600,000 votes were cast. Harriet Tubman, the African-American abolitionist, emerged as the winner.

In that poll, which asked people to first pick three finalists from among 15 women, Eleanor Roosevelt came in second, followed by Rosa Parks, the civil rights heroine, and Wilma Mankiller, the first woman to serve as chief of the Cherokee Nation.

By law, only the portrait of a deceased person can appear on the nation’s banknotes.

Treasury officials said that Hamilton, the nation’s first Treasury secretary, will not disappear from the redesigned $10 bill. They said they expect his image to be retained in some way on the redesigned bill.

“There are many options for continuing to honor Hamilton,” the Treasury said in a fact sheet. “While one option is producing two bills, we are exploring a variety of possibilities.”

The redesign of the $10 bill is the first since 2006, when new security features were added. A change in portraits on the bills is rare. The last such changes occurred between 1914 and 1928.

“While it may not be the $20 bill, make no mistake,” Shaheen said. “This is a historic announcement.”