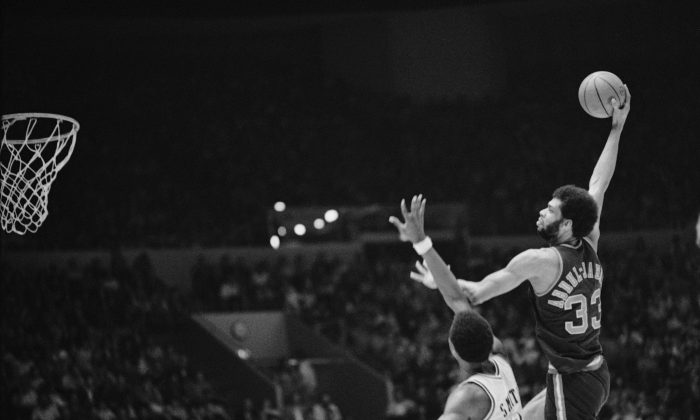 Kareem Abdul-Jabbar, one of many current and former NBA players who hail from New York, in action in 1974. (AP Photo/George Brich)
NBA

Which State Has Never Produced an NBA Player?

Only one state in the United States has never produced a player who made it to the NBA, or National Basketball Association.

It’s not the nation’s least-populous state, Wyoming, which has produced six players out of an estimated population of 584, 153.

Nor is it New Hampshire, Maine, or Alaska, which have all produced one NBA player.

The statistics come from SeatSmart, a sports blog, which recently compiled a number of data points relating to the NBA.

At the top of the list of NBA player-producing states? California, with 355; New York, with 309; Illinois, with 218; and Pennsylvania, with 176. Ohio, Texas, Michigan, Georgia, Indiana, North Carolina, Louisiana, and New Jersey have also produced over 100 NBA players through the years.

In terms of cities, New York City is at the top with 169 players produced, followed by Chicago with 118 players, Los Angeles with 98 players, and Philadelphia with 95 players. Detroit and Washington, D.C. have also produced over 50 players so far.

Top high schools in terms of producing players who have played in the NBA include Oak Hill Academy in Virginia at 21, DeWitt Clinton in the Bronx at 17, and DeMatha Catholic in Maryland with 16. Other top New York schools include Thomas Jefferson in Brooklyn, which has produced 10 NBA players, and Mount Vernon in Manhattan, which has produced 8 players.

Going outside the U.S., hundreds of players from dozens of countries have entered the NBA. At the top is Canada, with 23 players produced so far; France, with 17; Germany and Serbia, with 16 each; Australia with 15; and Brazil, Croatia, and Spain with 13 each.