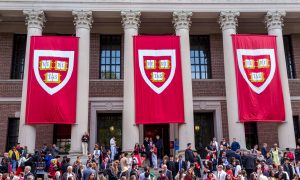 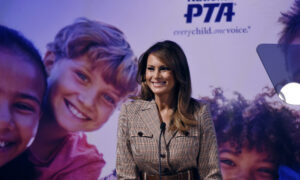 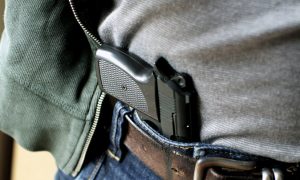 Whether Stored Electronically or Written on Calf Skin, Knowledge Has Never Been More Threatened

Information is constantly under attack. The current debate around the longstanding use of vellum (a parchment made using calf skin) for printing key legislative documents highlights the continued concern over this. Some are advocating a switch from vellum to archive paper, which costs much less and can last up to 500 years.

Recorded information is certainly vulnerable: paper and parchment, and the inks and pigments that are written, drawn or painted on their surfaces, can decay and disappear if not stored in controlled environmental conditions.

Books and manuscripts have been the targets of thieves for millennia. Whole libraries have been destroyed by invading armies and fanatical idealists. Even nature occasionally has played its part – the eruption of Vesuvius in 79AD caused the contents of the Roman library at Herculaneum to become illegible. Libraries and archives have been dealing with these threats for centuries.

But the growth of digital networks as a means of storing and sharing information has created new hazards. Cybersecurity is increasingly a critical concern for modern organisations. All face the potential of hostile attacks on their digital information from cyber-criminals. And as age-old protectors of information, it’s up to libraries and archives to safeguard this knowledge from such assaults.

Libraries and archives have tackled the threats to knowledge with great ingenuity for thousands of years. The archives of Merton College, Oxford, for example, were stored from the 14th century in a building purposefully made of stone, with flooring made from tiles rather than wood to eliminate the threat of fire. And the founders of Oxford’s Bodleian Library in 1602 required all readers to swear an oath that they would not bring the library into harm, for example by pledging not to “kindle therein any fire nor flame”.

Libraries and archives have also been at the forefront of preserving digital information. Groups such as the Digital Preservation Coalition work together to develop the skills and techniques we need as a society to help manage and preserve the vast amounts of information created in digital formats. They have developed disaster recovery routines, back-up strategies, policies and a host of other collaborative arrangements.

Scholarly information is being protected through physical networks of connected computers, such as LOCKSS – an agency built on the proposition that “lots of copies keeps stuff safe”. And non-profit organisations funded by the library and archive communities, such as Portico, have developed large-scale capabilities for preserving books and journals in digital form, with backups in multiple locations.

Personal information is also of great importance to society. Drafts of poems and novels, and the correspondence of politicians and scientists can help shine light on critical areas of history and science. Libraries and archives have always kept files of the letters of philosophers, such as Isaiah Berlin, or the drafts of speeches of Winston Churchill. But the intellectuals and political big-hitters of today are working in digital form, drafting their speeches using word-processing software, and exchanging emails and text messages with each other.

The preservation of this kind of information is much harder than the analogue equivalents. Librarians and archivists have therefore deployed techniques borrowed from fields such as digital forensics to ensure that these records are safeguarded for future generations to learn from.

But in the challenging fiscal environments of the early 21st century – a period hailed by many as the era of information – society runs the risk of endangering its future by neglecting the role of libraries, archives and museums). The global network of libraries and archives has been, and will remain, fundamental to the preservation and propagation of knowledge.

Society ignores the role of libraries and archives at its peril. Last year saw the 800th anniversary of that “great charter of liberties”, Magna Carta. It survives not in one copy but in multiple originals, distributed around the kingdom, as well as numerous later affirmations. Its survival as a potent set of legal and political concepts was in no small measure thanks to the role of libraries and archives in preserving the original documents.

William Blackstone, one of the most important legal theorists ever, was able to look at original engrossments of Magna Carta while writing his influential legal treatises, for example. His books went on to be read by Thomas Jefferson and the other founders of the American constitution.

In more recent times, we need only look at the actions of the army of Republika Srpska in Bosnia-Herzegovina. They deliberately destroyed the national library in Sarajevo as a means of erasing the uncomfortable truths of history – a perverse validation of the democratic significance of libraries.

The costs of maintaining such a system of libraries and archives are trivial compared to the costs of other state initiatives or the revenues of the giant tech companies. But across the globe, the funding of many of these institutions is under severe pressure. In an age of “information overload”, we are in real danger of failing to ensure that succeeding societies have access to the wisdom, and error, of their predecessors.

Richard Ovenden, Director of the Bodleian Libraries, University of Oxford. This article was originally published on The Conversation. Read the original article.