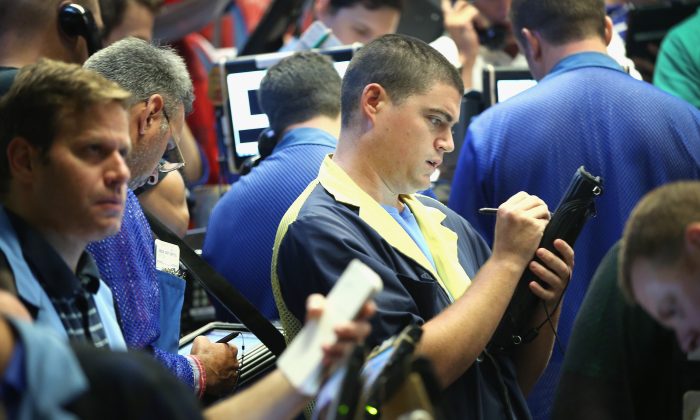 Where to Invest With Stocks Trading Near Record Highs

Stocks are trading near record highs and again striking fear into investors with fresh memories of the financial crisis, but prospects for the U.S. economy are looking up and equities remain a good bet for ordinary investors.

Google used off-the-shelf servers and the free Internet to convert its search engine into a global company and in only five years convert an investment of $25 million in 1999 into a company worth $23 billion at its initial public offering. Industrial era entrepreneurs such as Henry Ford required a lot more capital and decades to build networks of factories, suppliers, and dealers, and never accomplished such a quick return on initial investment.

The low cost of building out new ideas and reinvesting in established businesses is why so many U.S. companies are flush with billions in extra cash and new businesses such as Twitter and Uber can be launched on a shoestring.

All that makes capital cheap and plentiful and stock prices high but not overvalued.

The Federal Reserve is phasing out purchases of Treasuries and mortgage-backed securities, yet bond prices are surging and interest rates on fixed-income investments remain low, making stocks an attractive alternative. For example, an S&P 500 Index fund yields a higher quarterly dividend than ordinary folks can earn on a three-year bank CD.

China is printing and selling billions of yuan to buy U.S. Treasuries to push down the yuan exchange rate against the dollar. Troubles in the Ukraine and Middle East, along with concerns about another recession in Europe and the long-term security of investments in China are causing investors to seek safe haven in U.S. bonds.

In 2015, those factors will frustrate Federal Reserve efforts to raise medium- and long-term interest rates by pushing up short-term bank borrowing rates.

The Standard & Poor’s 500 Index, which encompasses about four-fifths of U.S. publicly traded companies, is trading at about 1990 with a price-to-earnings ratio of about 19.2. That is not terribly high, considering that the average for the past 25 years is 18.9. And digital technologies permitting business to create more wealth with less cash likely justify P/E ratios much higher than the historical norm.

All that means stocks could surge another 25 percent over the next two or three years, and individual investors should continue buying stocks.

My basic advice remains simple. Don’t try to outsmart the market; gradually buy in and diversify.

Folks nearing retirement should keep about half their money in cash, CDs, and low-risk bonds with maturities less than three to five years, and invest the rest in a diversified portfolio of stocks. For example, an S&P 500 Index fund offered by USAA or a similar low-cost service.

Putting about 20 percent in foreign stocks can smooth performance, because sometimes the U.S. economy and stocks do better while at other times foreign equities outperform. Consider the Vanguard Total International Stock Index Fund, which tracks non-U.S. stocks around the globe.

If you’re younger, put aside some cash for emergencies and invest a reasonable amount each month in a similar basket of equities, follow that discipline through thick and thin, and you’ll do fine over the long run.

For the last 40 years, that’s where my wife and I have put our money. Though professors don’t often get rich, at 65 we are well positioned to retire and travel. Shush, don’t tell my dean!

Peter Morici is an economist and business professor at the University of Maryland, national columnist, and five-time winner of the MarketWatch best forecaster award. Follow @PMorici1