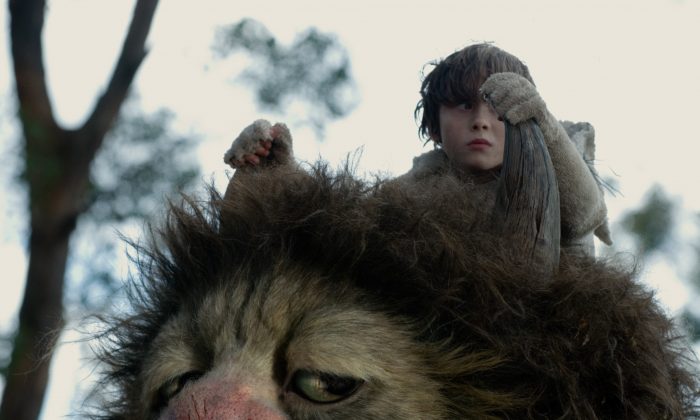 Movie Review: ‘Where the Wild Things Are’

Matthew Rodgers
View profile
Follow
biggersmaller
Print
What the Warner Brothers execs expected when they gave visionary genius Spike Jonze free rein on Maurice Sendak’s beloved book in its entire 10-sentence, 338-word glory, is anyone’s guess. After months spent in post-production hell, with rumours of disastrous screenings and studio kids being upset by the dark turn the fable was taking, there was a real worry that we may never see Where the Wild Things Are filtered through the lens of the Being John Malkovich director.

If they were anticipating a thoughtful, elegiac and brutally cold examination of what it was like to be a child, then this strange beast of a movie is a resounding success. A word of warning though, because if you’ve been lulled in by the wonderful trailer, then like our pyjama-clad protagonist Max, you may find the island isn’t the sort of escapism you were expecting.

We all know it can be hard growing up. So when we are introduced to the introverted Max (Max Records) and his struggles to integrate with normality, we can completely understand the frequent journeys he takes into his imagination. Shunned by children his own age and bereft of a father figure, Max decides to escape to an island inhabited by the Wild Things.

There’s the enthusiastic yet overbearing Carol (James Gandolfini), the mysterious outcast KW, the resident sad-sack Ira (Forest Whitaker) and the melancholic goat Alexander (Paul Dano). A total of seven, each with their own unique characteristic, heightened to represent the emotional aspects of Max’s as yet undefined personality.

It’s what to do with these characters and the world they inhabit that this adaptation struggles with. Given very little to work from, Jonze and co-writer Dave Eggers weave in some of the most iconic pages from the simplistic source material. Max screams for the “Wild Rumpus to begin”, and so it does, but to what end?

The rest of the narrative is spent balancing admittedly fun, childlike set-pieces like a fantastically violent mud-slinging battle, with the recurring grown-up aftermath of an argument or bickering conversation between two of the Wild Things. OK, so all the best children’s films are permeated by a familial subtext, but at times here it can be a frustrating experience for the viewer because the overriding mood is one of morose self-reflection and little else.

The beauty within the beast comes from the loving recreation of the creatures and their world. How refreshing it is to feel some real physicality emanating from the Wild Things instead of lumps of soulless pixels. The costume design and choreography are breathtaking. Whether interacting with each other during one of the many scuffles or wandering across a sun-flecked horizon, you’ll be hard pushed to find a more stunning film this year.

The actors play their part too, with Gandolfini the schizophrenic vocal standout. And young Max Records is suitably annoying as the opening act upstart, changing as he discovers what it takes to deal with these lumbering 12-foot manifested emotions of his. He soon becomes the fragile youngster that wholeheartedly deserves your tears come the heartbreaking close.

Not everyone will embrace its ambling poetic style, but few films are made without a financial agenda, or as much retrospective analytical discussions as this one will generate. Take a walk on the wild side, it’s a unique experience.