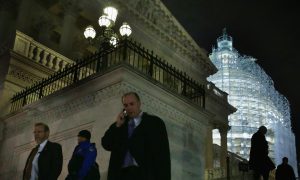 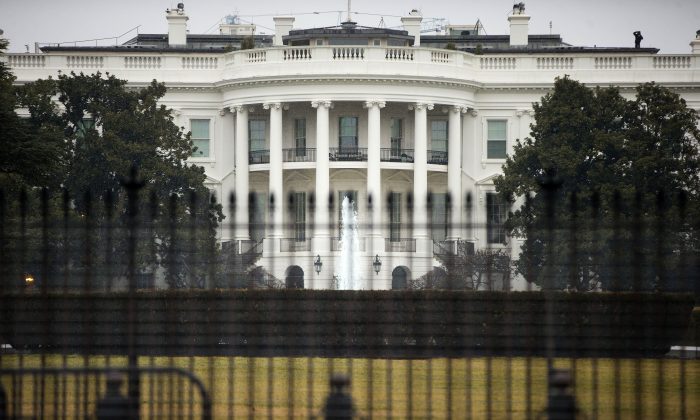 The South Lawn of the White House in Washington, D.C., on Jan. 26, 2015. (Pablo Martinez Monsivais/AP)
Opinion

Where the Presidency Is Headed

Before the ins and outs of the 2016 presidential contest become a preoccupation for many of us, it seems a good time to step back and look at the office of the presidency for which so many candidates are vying. The presidency inherited by whoever wins next November will be substantially changed from the position his or her predecessors occupied a few decades ago.

The president is now the chief—and sometimes the sole—actor in American government. He far outweighs the other so-called “co-equal” branches. The media covers the White House extensively, and the other branches much less so. People don’t expect Congress or the Supreme Court to solve the country’s problems. Instead, they look to the president for initiatives, for remedies, and increasingly—and sadly—to serve as a de facto pastor to the nation when we confront a tragedy.

The branch that came first in our founders’ minds, Congress, is now of secondary importance. This has been a long, slow development, the result not so much of court cases, legislation, or even deliberate planning, but of countless decisions by congressional leaders that have handed power to the president so as to avoid tough decisions on Capitol Hill. There may be limitations imposed by the courts or public opinion, but the system of checks and balances our system was supposed to operate under has been severely weakened.

Not even the press can hold the president to account any more, except under extraordinary circumstances. For one thing, it’s very hard to grill the president these days. The tradition of regular presidential news conferences has all but disappeared—and when the press corps does get a chance to ask questions, the White House carefully manages the event.

This makes it very hard to find a forum or a place where people outside the White House bubble can ask the president probing questions and press for thorough explanations of a policy or problem. I’ve long favored a regular question-and-answer period in Congress that would be publicly televised—a chance for the president’s supporters and opponents to probe his or her thinking. At a minimum, we should get regular and extensive press conferences. Instead, the only media-related event that happens regularly is the morning meeting among White House staff to figure out how to get the president on the evening news in the most favorable light. It’s a form of manipulation that greatly reduces accountability.

Which is a shame not just for the obvious reasons, but also because the federal government cries out for more accountability these days. Whoever is president next, he or she would do well to pay more attention to effective management of the vast executive establishment than has been the practice until now. Otherwise, the breakdowns in the operation of government to which we’ve grown accustomed will continue.

That’s because government today is strained at every level: The population is getting older, healthcare costs are high, our fiscal problems never end, challenges such as threats to our security, environmental degradation, and poverty abound. Highly complex problems pile up with great rapidity, and government needs highly skilled people to deal with them.

Every president comes into office insisting he’ll spend a lot of time on making the government work better, but invariably he is distracted by the rush of events. The last serious effort to do so was Al Gore’s, when he was Bill Clinton’s vice president. Some progress might get made, but for the most part presidents don’t deal with the issue in a sustained, comprehensive, coherent way.

This is not entirely the president’s fault. The Congressional Research Service estimates that 1,200 to 1,400 positions are subject to confirmation by the Senate, and presidents often have a hard time getting the people they want into position. That needs to change, perhaps by requiring an up-or-down vote on a nominee within 90 days.

To sum it up, while the president’s accumulation of power is a serious problem in the big picture, it nonetheless is a fact. We ought to make it easier for him to get the people he needs in a position to make government work more effectively.