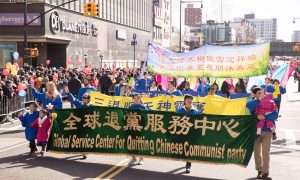 Ahead of Momentous Milestone of 300 Million Withdrawals from the Chinese Communist Party, Chinese Citizens Share Their Stories on Why They Quit
0
Share Now
TelegramFacebookTweetEmailTellMeWeReddit
Copy Link 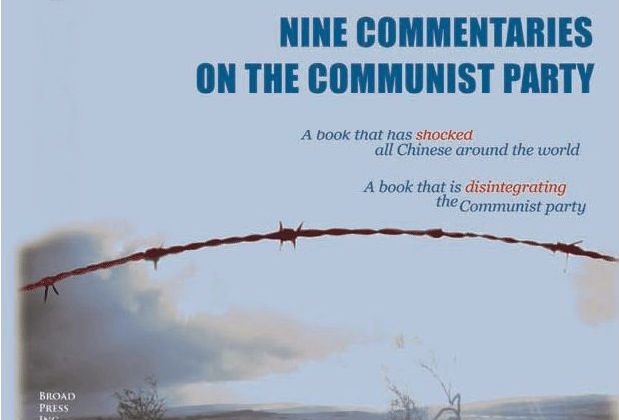 Where the ‘Nine Commentaries’ Ends, the ‘Tuidang’ Movement Begins

In 2004, the Chinese edition of Epoch Times published its defining editorial series, the “Nine Commentaries on the Communist Party“. By writing honestly about the brutality and deception the Communist Party has used to rule China, the series immediately grabbed the attention of the Chinese people. Almost overnight a movement sprang up called “Tuidang,” which means “quit the Party.” Below is the conclusion of the English translation of the Nine Commentaries, which can be read as a call for the Chinese people to form the ‘Tuidang’ movement.

What will China’s future be? What direction will China take? Such serious questions are too complicated to discuss in a few words.

However, one thing is for certain: If there is no renewal of the nation’s morality, no restoration of a harmonious relationship between humans and nature and between humans, heaven, and earth; if there is no faith or culture for a peaceful coexistence among humans, it will be impossible for the Chinese nation to have a bright future.

After several decades of brainwashing and suppression, the CCP has instilled its way of thinking and its standards for good and bad into the Chinese people’s lives. This has led people to accept and rationalize the CCP’s perversion and fraudulence, to become part of its falsehood, thereby providing the ideological basis for the CCP’s existence.

To eliminate from our lives the iniquitous doctrines instilled by the CCP, to discern the CCP’s utterly unscrupulous nature, and to restore our human nature and conscience—this is the first and essential step on the path toward a smooth transition to a society free from the Communist Party.

Whether this path can be walked steadily and peacefully will depend on the changes made in the heart of every Chinese citizen.

Whether this path can be walked steadily and peacefully will depend on the changes made in the heart of every Chinese citizen.

Even though the CCP appears to possess all the resources and violent apparatus in the country, if every citizen believes in the power of the truth and safeguards morality, the evil specter of the CCP will lose the foundation for its existence. All resources may instantly return to the hands of the just. That is when the rebirth of China will take place.

Only without the Chinese Communist Party, will there be a new China.

Only without the Chinese Communist Party, does China have hope.

Without the Chinese Communist Party, the upright and kindhearted Chinese people will rebuild China’s historical magnificence.