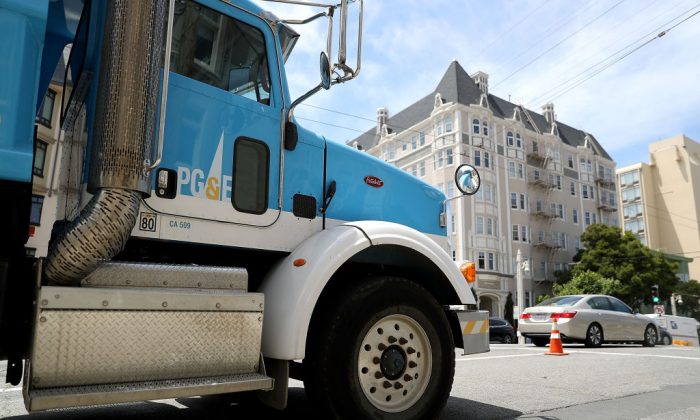 Where Have America’s Truck Drivers Gone?

The internet doesn’t carry goods, only more and more orders for them. Self-driving trucks are a long way off. In the meantime, somebody has to haul freight and make deliveries.

So the U.S. economy needs more people like Branden Miller. But they’re getting hard to come by.

Miller, 30, is a long-haul trucker, the co-owner of an Arizona-based business that runs three trucks through Werner Enterprises Inc.. He says he hauls “anything that will fit in the back of a dry van.” His cargoes range from motors to toiletries to, in one case, a single envelope. He got into trucking five years ago for the classic reasons: “It’s a decent-paying job that allows you a lot of freedom to see the country.”

But the work definitely has its downsides. Miller sees his wife and two young children only three or four days a month—something he hopes will change as the business grows so he can hire other people to do the driving. If that is, he can find and keep them.

Recently a driver Miller had trained as a student and then hired full time quit after working just a couple of months. The guy took a local pickup-and-delivery job with a company that used to require three to five years of experience before even considering a new driver. Nowadays they can’t be so picky.

The strong economy means more stuff to haul, even as increasing numbers of truckers retire. The average age of over-the-road truckers like Miller is 49, compared with 42 for the U.S. workforce as a whole. (Miller’s business partner is 51.) Forecasts of massive job losses from autonomous trucks don’t help. Few people want to join a dying profession. With unemployment low, there are other options.

But a shortfall remains. Recent regulatory changes exacerbate the problem. So does an increasing shortage of places to park.

Federal regulations require truckers to track four different timers. The first limits a driver to working 70 hours in an eight-day period. The second limits the workday to 14 consecutive hours, regardless of what the driver is doing; this clock keeps going even if the driver takes a nap. The third caps driving at 11 hours within that 14. The fourth requires a 30-minute break at least every eight hours.

Since April 1, all truckers have had to use electronic monitors rather than paper records to track their driving clocks. For Miller, who has always worked with electronic logs, the change wasn’t a big deal. But for a substantial number of truckers, it was, requiring both new equipment and new habits—and cutting their take-home pay.

Miller solves the problem by partnering with another driver. Each takes a 12-hour shift, which includes time for a pre-trip check, the required 30-minute break, and occasional restroom stops. Because they don’t need to stop overnight, it also reduces, but doesn’t eliminate, the time wasted looking for parking.

Even if it’s just for their 30-minute breaks, big-rig drivers need somewhere safe to stop their trucks. The more trucks on the road, the harder it is to find. “There’s a lot of parking out in the rural areas, but that’s not where I’m delivering to,” says Miller. “I might be delivering to Kansas City, where there’s no parking, so now I have to stop my day early where there is parking.” That means lower earnings.

The problem is particularly bad in the Northeast, where open land is expensive and lots of freight, including fresh produce, needs to move into major urban areas. After evening deliveries in northern New Jersey, says Miller, “I have to drive all the way back out to Pennsylvania,” about 80 miles. That means more than an hour of driving—time deducted from the 11-hour day—that isn’t progress toward a delivery. It also wastes the fuel that constitutes a third of operating costs.

In the short term, information technology can help. This fall, a group of Midwestern states will start listing open truck parking spaces on LED road signs along major freight corridors. The information will also be available as open source to anyone who wants to incorporate it in an app or other service to truckers.

These tech solutions may save drivers time searching for parking, but they don’t add any spaces. That requires land, preferably with services attached.