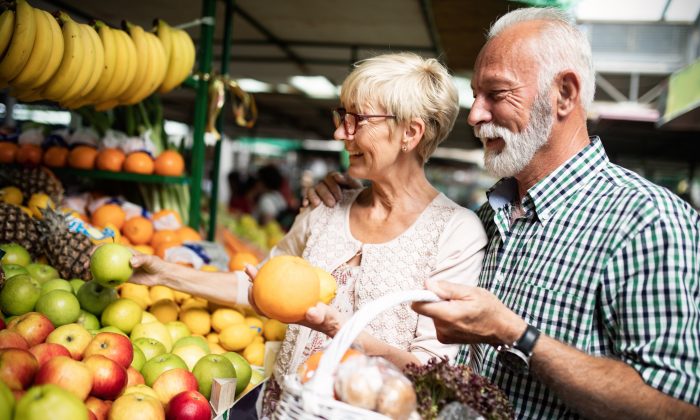 Where Did All the Workers Go? Some of Them Bought the Farm

LIGONIER, Pa.—For the last 47 years, the farmers market located along the old Lincoln Highway has drawn a good-sized crowd to the open field where it sits here on the edge of this Westmoreland County town.

This year, thanks to a combination of the psychological after-effects of the pandemic, a renewed interest in localism, and the staggering impact of inflation, those crowd numbers have gone from good to very, very good, said Jason Frye, the proprietor of the Pleasant Lane Farms creamery. His stand is filled with a wide variety of cheeses made nearby.

“We made a decision as a family business to hold the line on the prices,” he said. “Yes, it would’ve been real easy for us to go out this year at the market and add a dollar onto every one of our products. But we’re now finding that consumers are saying, ‘Hey, your products sometimes might actually be cheaper than the thing that I was buying at the store, and it’s local,’ and that seems to mean a lot to shoppers.

“As long as things don’t get too much more out of hand with our input costs, our goal is to try to hold the line. We’ll take a little less margin to build a loyal customer base because again, we’re looking at this as a generational thing.”

Frye, along with his wife and two children, said they left the big city (Washington) and the high stress of his information technology career in the winter of 2020 to start the creamery in Western Pennsylvania on the family dairy farm, which dates back to 1795. The timing was fortuitous, coming just as the pandemic shut the world down.

The motivation to leave the big career and big city was to help secure the farm for future generations.

“We wanted to move back someplace that was a little bit more laid back, better place to raise the kids,” Frye said. “I looked at the family’s small dairy farm being encroached by urban development in Westmoreland County and thought, ‘How do you keep it going for the next generations?’”

He didn’t want the family to sell the property. Yet his father was tired of milking cows twice a day. So he determined to do something deliberate that would also last for generations, and he learned quickly that liquid milk was not the way to go.

“We looked at all the numbers, and we thought trying to do artisan farmstead cheese was a good way to go,” he said. “In order to do that, however, you have to make the commitment that you’re not going to just kick the can, you’re going to try to do something that is exceptional for the region.”

The region, it turns out, has been a bit of a cheese desert, despite all the dairy farms that surround the greater Pittsburgh region. And the choice seems to be panning out. At the farmers market, there was a steady line to buy their cheeses, which are also now available at local family groceries and at the little storefront they have at their creamery.

“We may have underestimated the local demand to actually come out to the farm to buy cheese,” he said of their robust business at the farm. “We staff it two days a week, on Wednesdays and Saturdays, and then, the rest of the time, it’s on the honor system. We do ticketed tours on Saturdays where they can come through the facility. We put a robotic milking system in. We have a smart barn. So, we have a lot of different things for folks to see. And then we do a cheese tasting. Sometimes we’ll do pairings depending on that tour and a hayride.”

They’ve also racked up some big awards in the cheese world in recent months. Their reserve cheddar just won a bronze medal at the New York International Cheese Competition, and their reserve Gouda just won a silver medal at the American Cheese Society Awards in Portland.

“We are trying to build loyalty with our customers,” Frye said. “That is something a farmers market gives you the ability to do—to have that personal connection with the consumer, to have them know the story of where their food comes from. That is something a grocery store cannot do.”

Farmers markets, whether they are here in a rural county or in the parking lot of a church in a city, have been growing in popularity for decades in the United States. In 1994, there were 2,000. Twenty-five years later, there were more than 8,600, according to the United States Department of Agriculture. The pandemic, followed by high inflation in the past year, has only increased those numbers.

Whatever you want to find in your local big-box grocery store, you can find here on any given Saturday: organics, fresh-squeezed juices, fresh-cut beef, pork, chicken—it’s all here. So are grains, fresh pastas and bountiful vegetables from Amish farms, as well as clothing, artisan wood carvings, distilled spirits, homebrews, soaps, jewelry, breads, pies, Amish doughnuts, and 130 other offerings from the variety of booths that line the field.

Many of these vendors are people like the Fryes, who disappeared from the traditional workforce to put it all out there on their own. They are the answer to localism that places such as Whole Foods try to recreate in their fresh produce sections by highlighting where a green pepper is grown. Except here, their prices are lower because their overhead is less—a win for consumers, their pocketbooks, and for the region.