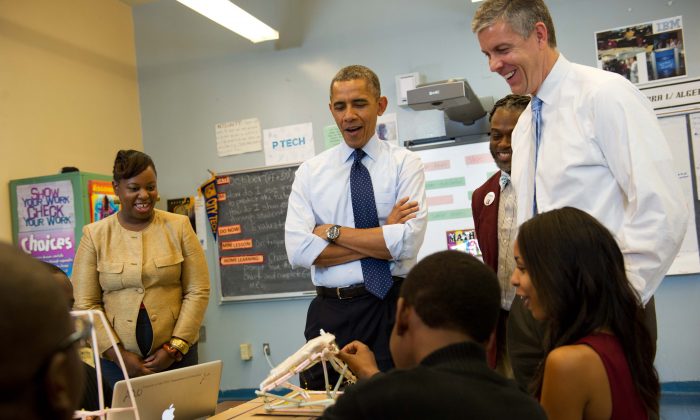 Where Are the Carrots for Our Children?

As we embark upon a new year, with a new schools chancellor to be announced any minute, we have an opportunity to reflect upon where we have been, but more importantly, where we are going with education for our children.

I understand the need for counseling services for children. In fact, I have two postgraduate degrees in counseling psychology myself. However, being familiar with the principles of behavior modification, any student of psychology 101 will tell you that positive incentives have more motivational effect on behavior than negative ones. The harsh truth is that more than half of our minority children do not graduate from high school. The West Side Cultural Center is serving a minority audience, and working really hard to help them make it to high school and beyond. Where is the recognition of the importance of the “carrot”?

Recent programs announced in NYC have been based on truant-type intervention that simply enforced the current philosophy for funding the state funded, city run, Attendance Incentive Dropout Prevention/Students in Temporary Housing (Shelter kids).This does not solve the problem. Can we talk about prevention? No one is suggesting that these aspects are not important. However, a comprehensive program dealing with this problem
cannot be its most effective without the positive aspect of behavior modification. Let’s not punish “Johnny” for staying home, let’s give “him” a reason to want to go to school!

The United Way has been on the receiving end of some $14 million for this program. When queried about support for programs, the West Side Cultural Center was told that there was no funding for programs. “What does the United Way spend 14 million dollars on if there is no support for programs?” They were told money went for guidance counselors and “truant officers.”(They called it community outreach!) If they provide the “stick,” there must be a place for the carrot. Hopefully, a new United Way administration led by the brilliant president and CEO Sheena Wright (who made such a difference at the Abyssinian Development Corp.) at this well loved charity will change this policy.

As an example, The West Side Cultural Center, a 501(c)3 charity, has been providing “Taste of Broadway,” extremely successful motivational programs, for these children for 15 years, providing opportunities that would otherwise be totally unavailable to the children. Though it has both city and Department of Education vending numbers, it could not even subcontract from another agency. The Cultural Center did not fit ”their protocol.”

The program was started when then-Chancellor Fernandez stated, “If a child cannot read at grade level by the third grade, my system cannot save him or her.” “If this makes the hairs on the back of your neck stand up, you are not alone!”

The West Side Cultural Center does not want to stop serving over 3,000 children a year, (and 40,000 children in the past 15 years.) The holiday program, held a short two weeks ago at the Salvation Army’s Centennial Theatre, rewarded nearly 1,500 little ones, kindergarten to fourth grade for keeping up their attendance. They were expecting the Broadway Stars, the tap dancing Santa and their gift bags, often the highlight of their Christmas. Their happy faces and screaming cheers were welcome payment for lots of hard work.

The reality is the economy has put the future of these vital programs at risk. Unbelievably, it has never been easy to raise funds for these programs, but this time the challenge is daunting. Isn’t it time for the Powers That Be to lend a hand to ensure not only the continuation, but also the expansion of “the carrot.” Without support, programs like these have no future.

Nanci Callahan is the managing director of the West Side Cultural Center and producer for TasteofBroadway.org.