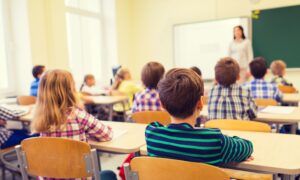 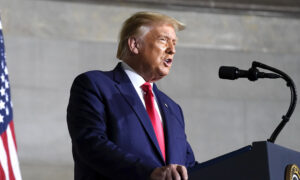 Where Does Never Trump Now Stand?
0 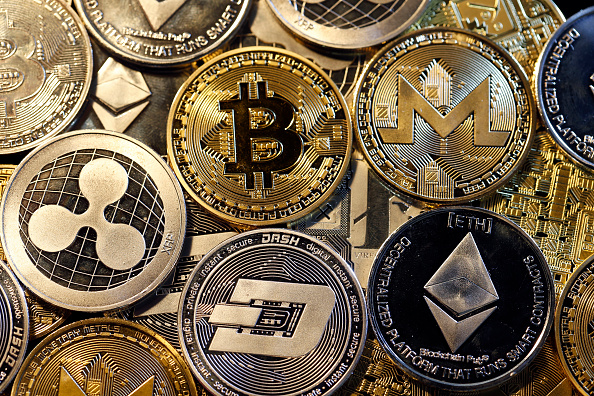 When Will We See the Blockchain Breakthrough?

Despite the promises, the technology is facing severe setbacks
Christopher Whalen
Print

Blockchain technology has been described as being as transformative as the internet itself, but so far real progress is lacking and the headwinds are getting stiffer.

A “block-chain” is the transaction validation technology behind bitcoin and other crypto products. It has a very high price in terms of per unit transaction cost, but has some promising qualitative possibilities.

The technology combines industrial-strength encryption with a public ledger that allows market participants to validate transactions collectively. Blockchain by design is extremely inefficient in order to achieve its primary purpose—namely, security—but has the advantage of having a public transaction record.

No Use Cases Yet

In a survey of the mortgage industry and other domains, to date, we are not able to find any commercially successful adoptions of the blockchain technology. Despite an enormous amount of hype and billions of dollars invested, the combination of 1) encryption and 2) public ledgers has yet to find a viable use case—other than cryptocurrencies such as bitcoin.

Ironically, the strong cryptography of blockchain has failed to protect some networks of crypto products from hacking and fraud, raising basic issues about the cost-benefit tradeoff of this type of approach. And the high cost and other operational considerations have so far thwarted efforts to drive adoption. Consider some recent developments:

A March 27 Reuters article read, “Wall Street has been much more excited about the system underpinning bitcoin than the cryptocurrency itself, but the global financial industry has not yet been able to do much with the technology known as blockchain.”

Murray Pozmanter, managing director of DTCC, said, “Basically, [blockchain has become] a solution in search of a problem.”

As initial enthusiasm for the blockchain technology ebbs, partly due to the overhyping and different scams surrounding the multiplying crypto products, some observers are starting to argue in favor of using a distributed ledger technology (DLT) without the costly encryption component of cryptocurrencies.

One possible use case for the mortgage industry is the documentation of title transfers for residential mortgages, an area that is rife with fraud and inaccuracy. “Since the financial crisis of 2008, there has been a certain level of distrust with respect to residential mortgages,” noted attorney Michael Reyen, writing in American Banker. “This distrust is rooted in the secondary mortgage market, in which thousands of residential mortgage loans were originated and then sold and assigned to successor lenders and/or trustees, sometimes multiple times.”

But hope springs eternal. On April 4, Ranieri Solutions, a financial services technology investment firm founded by the father of the securitized mortgage market, Lewis S. Ranieri, announced a partnership with Symbiont, to explore opportunities to use Symbiont’s blockchain platform to improve all aspects of the mortgage industry.

“The mortgage market, despite significant efforts, continues to lag behind from a technological standpoint, creating inefficiencies that impact mortgage loans throughout their life cycle,” said Ranieri. “By partnering with Symbiont, a proven blockchain pioneer, Ranieri Solutions believes that together we can implement this transformative technology to bring necessary efficiencies, transparency, and security to the mortgage markets.”

While improving the system for conveying and documenting ownership of residential homes is clearly a valid goal, it is far from clear that blockchain is the right technology solution for the problem. Property records are the unique province of the various states.

Although there is obviously a need to improve the property sale and title recordation process, the chief obstacles to change are political and bureaucratic. Amendments to the Uniform Commercial Code and the Blue Sky laws for the securities industry provide a political roadmap for such an adoption process, but blockchain may not be the right solution for this task.

Coming out of the 2008 financial crisis, the states, Congress, and the mortgage industry fashioned a national standard for the foreclosure process via legislation, litigation, and enforcement actions. In the case of property records, there is no immediate political catalyst to bring the states together and have them voluntarily adopt a treaty mandating a consistent recordation and disclosure system for real property transfers.

However, there is at least some experimentation in the space, even though it’s doubtful whether blockchain is the right technology, and even if it is, it may have to be centralized after all.

“The Deloitte Center for Government Insights found last March that land registration was the second-most popular area of focus for public-sector experiments being conducted with blockchain, behind digital payments and currency,” wrote Chrisman.

And Bert Ely, writing for The Hill, started to suggest a practical roadmap to make such an enhanced property recordation system a reality. “A real-world application of DLT will occur only if it makes economic sense,” Ely wrote. “An application that minimizes the potential for fraud, is highly accurate and very fast in executing transactions, will not be implemented if it is more costly to operate than an alternative, less sophisticated technology.

“The pursuit of accuracy strongly suggests a central authority or governing body must oversee a specific application of DLT in a ‘permissioned’ environment, with pre-agreed rules and procedures to ensure the accurate entry of transaction data into the DTL ledger, the prompt correction of data-entry errors, and overall data integrity.”

Of course, anything is possible given enough time and expenditure, but we continue to believe that the blockchain is a solution in search of a use case. The qualitative benefits of a DLT, for example, impressive as they may be, do not offset the additional cost of using this technology. In that regard, blockchain seems to violate the Three Laws of Silicon Valley—cheaper, better, faster—for the adoption of a new technology.

In the case of the mortgage industry, improving the way in which property records are updated and maintained is clearly a desirable objective. But we think that before such a system is considered, the various states need to agree on a consistent national data template for property records.

This all sounds great in theory. The tough part is doing the heavy lifting to make it a reality. Until then, blockchain will remain a clunky, very expensive solution looking for a relevant problem.