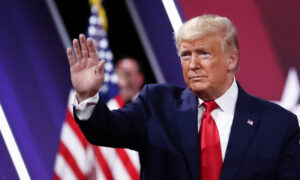 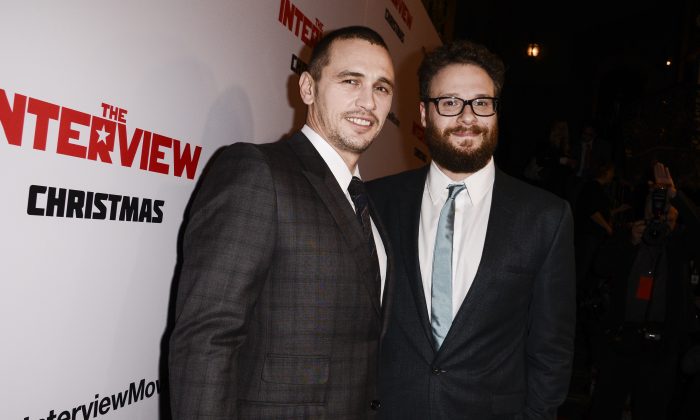 FILE - In this Dec. 11, 2014 file photo, actors Seth Rogen, right, and James Franco attend the premiere of the Sony Pictures' film "The Interview" in Los Angeles.Sony Pictures Entertainment announced Tuesday a limited theatrical release of “The Interview” beginning Thursday, putting back into the theaters the comedy that prompted an international incident with North Korea and outrage over its cancelled release. Sony Entertainment CEO Michael Lynton said Tuesday that Seth Rogen’s North Korea farce “will be in a number of theaters on Christmas Day.” He said Sony also is continuing its efforts to release the film on more platforms and in more theaters. (Photo by Dan Steinberg/Invision/AP, File)
US

When Will ‘The Interview’ Will Be Available on YouTube, Google Play, and Xbox Video?

The movie will be available at 1 p.m. ET on YouTube, Google Play, and Xbox Video. Sony’s site SeeTheInterview.com will also have it.

It will cost $14.99 to purchase and $5.99 to rent. Online payment firm Stripe will be doing the transactions for purchases made through Sony’s website.

Google Play is an online store that can be accessed via iPhone, Roku, iPhone, Nexus TV, Chromecast, and other devices.

“It has always been Sony’s intention to have a national platform on which to release this film,” Sony Entertainment CEO and Chairman Michael Lynton said in a statement. “With that in mind, we reached out to Google, Microsoft and other partners last Wednesday, December 17th, when it became clear our initial release plans were not possible. We are pleased we can now join with our partners to offer the film nation-wide today.”

It’s unclear if the movie will be available in other countries.

The film was pulled for widespread release last week after theaters said they received threats. The comedy centers around the assassination of North Korean leader Kim Jong Un.

The move to pull the film, however, was panned by President Barack Obama and others. But the White House on Tuesday–the day it was announced the film would be shown again–praised the decision to show the film.

“The president applauds Sony’s decision to authorize screenings of the film. As the president made clear, we are a country that believes in free speech, and the right of artistic expression. The decision made by Sony and participating theaters allows people to make their own choices about the film, and we welcome that outcome,” said the White House in a statement.