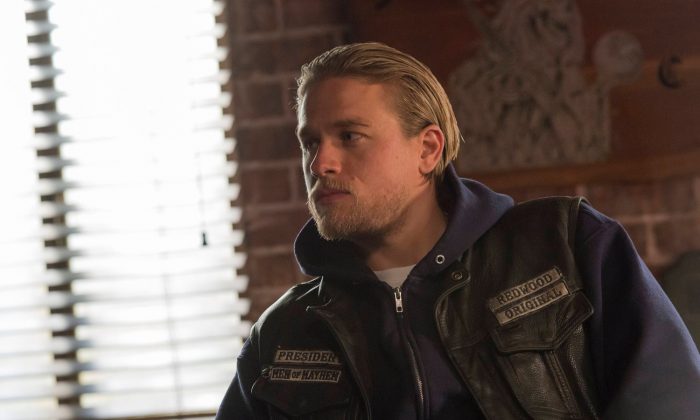 When Will Sons of Anarchy Season 6 be on Netflix Streaming, Amazon Prime? Projected Release Date

Sons of Anarchy season 7 premiered on FX on September 9 and fans are wondering when season 6 will hit the Netflix and Amazon Prime streaming services.

An official release date hasn’t been announced for either service but they can be projected using past seasons.

Season 4 hit Netflix on October 28, 2012–almost a full year after the season ended, and about 58 days after season 5 premiered.

Unfortunately for fans, that indicates that season 6 won’t hit Netflix until at least eight episodes have aired of season 7, an almost impossible amount of time to avoid spoilers for if they are still waiting to watch season 6.

Meanwhile the episodes from season 5 were appearing on Amazon Prime as they aired beginning in September 2012, with some users saying that they got rid of cable and could just use Prime to watch the show. However, season 6 has not appeared on Prime as of yet.

It’s unclear when season 6 will premiere on Prime.

For those interested, check out descriptions of the first few episodes of season 7 below along with videos of fan favorite parts of SOA season 6.

Toil and Till — SAMCRO solicits help from another Charter to get a messy job done. Written by Charles Murray & Kurt Sutter; directed by Billy Gierhart.