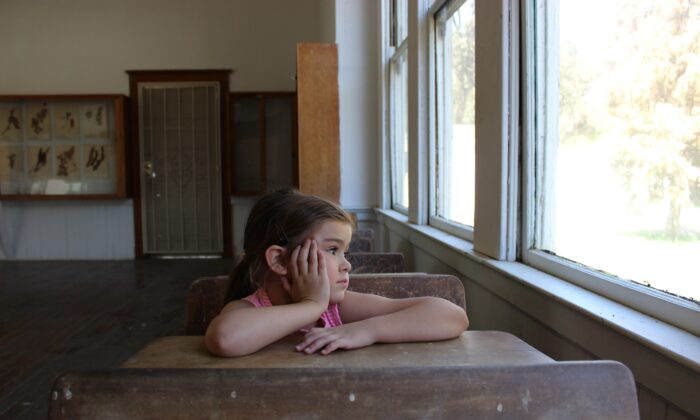 When the People Tasked With Protecting Our Children Are the Villains

The evidence shows that school closures during COVID were an epic public policy blunder. The school lockdowns in many states were arguably the most significant episode of government-sponsored child abuse in American history.

You don’t have to take my word for it. Last week, the liberal New York Times came to the same conclusion after an extensive investigation. The NY Times found:

The NY Times also found that the primary victims were the lowest-income children. Wealthy families found education alternatives for their children either in their homes or private schools. Children from low-income families barely participated in online lessons.

“This will probably be the largest increase in educational inequity in a generation,” said Thomas Kane, an author of a Harvard study on the disparate impact of the COVID lockdowns.

The study also found that most of these school closures occurred “in major cities, which tend to be run by Democratic officials … Republicans were generally quicker to reopen schools. High-poverty schools are also more likely to have unionized teachers, and some unions lobbied for remote schooling.”

And all this time, you probably thought Democrats were the party that cares about children.

But there are other villains as well that need to be exposed. Who did this to our children?

The teachers unions were probably the most shameful player, the worm in the education apple. Even after months of evidence that in-class instruction posed virtually no danger to children or teachers, they wouldn’t teach. They treated COVID as a paid vacation, even as private and Catholic schools down the street were open. In September 2021, nearly 90 percent of the Chicago teachers even voted to go on strike after not teaching for six months.

They weren’t the only ones in on the crime against our nation’s children. Let’s not forget about the inexcusable role of the American Academy of Pediatrics. This group of children’s doctors originally called for entire school openings for the 2020–2021 school year. That was based on science.

But then, politics intervened. Two weeks later, the group did a sudden 180-degree reversal and joined in solidarity with the teachers unions calling for closing schools. They even signed joint statements with the unions.

It isn’t hard to understand why the pediatricians pulled the rug out from beneath our children. Every study has shown that pediatricians are politically liberal and more so than any other medical group.

Pediatricians were regularly on TV or elsewhere in the news, falsely spooking parents about the dangers of sending children to school. It was propaganda—the big lie.

What is so chilling and unforgivable about this tale is that teachers and pediatricians are the people entrusted by parents and society at large to care for and educate children. They are supposed to have our sons’ and daughters’ best interests at stake regarding their health and well-being. But they selfishly put politics and paychecks ahead of child welfare.

So Democratic politicians, teachers unions, and pediatricians formed an alliance to deny our children schooling. These are the people who sanctimoniously lecture us about the necessity of “following the science.” Yet they ignored it. They peddled fear, not facts, and perhaps Biden’s new ministry of “misinformation” might want to investigate them.