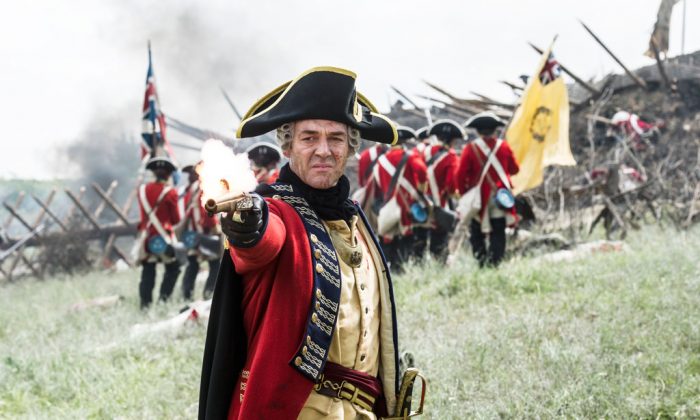 When the Founding Fathers Were Lads

BOSTON—Don’t let the powdered wigs and oil paintings fool you: Samuel Adams, John Hancock, and the other eventual Americans who changed the course of history were a ragtag band of secretive and sometimes mischievous young radicals.

Just ask Paul Revere, aka actor Michael Raymond-James, who’s part of the cast of “Sons of Liberty,” a new miniseries premiering in January on the History Channel.

There was more to Revere than his famous ride of April 18, 1775, to warn the colonists the British were coming.

The series tells the back stories of the Founding Fathers and their furtive efforts to turn a colony into a country.

“He was so much more involved than that. He was a major operative and a huge thorn in the British crown,” Raymond-James said, sipping a pint of beer during an interview at the Green Dragon Tavern in Boston’s North End—a favorite meeting place of the revolutionaries.

“Sons of Liberty,” a three-part, six-hour series that airs starting Jan. 25, tells the back stories of the Founding Fathers and their furtive efforts to turn a colony into a country.

“Most people think of this time as a bunch of guys in wigs who got in a room and wrote up the Declaration of Independence, but it is so much more than that,” Hoogstra said.

“I’m not sure people really understand how crazy it was to make the decision they made to go to war with the most powerful military in the world, being untrained and unorganized,” he said.

Actor Ben Barnes plays Sam Adams, who led the rebellious gang and was known for his tenacity and fearlessness. Barnes, who is British, said the experience gave him a new appreciation for America.

Contrary to what some grammar school history books might suggest, the revolution didn’t happen overnight.

“There is this 10-year buildup sparked by this urge for equality that leads them toward independence,” Barnes said.

The renegades didn’t openly oppose the crown at first—they built forces and devised their plots in the shadows through secret meetings and whispers.

Few knew that Sam Adams and his cousin, John Adams, were prominent members of the group of agitators who eventually came to be known as the Sons of Liberty. Though both spoke up against British taxes and laws in numerous published articles, they hid behind pen names while publicly claiming to be loyal to the crown.

Dr. Joseph Warren, who cared for British Gen. Thomas Gage and his wife, also hid in the shadows. By gathering intel about the British Army’s whereabouts and supply chain, he helped his fellow comrades plan attacks.

The group’s facade kept the revolutionaries under the British radar—allowing the colonists to grow stronger and better prepared, Barnes said.

The miniseries was filmed in Romania. But Raymond-James, the Revere actor, marveled at the history evoked by the Green Dragon Tavern.

“To come and be able to sit here—it’s incredible,” he said. “I’m sitting where Paul Revere used to come with his fellow patriots to devise their plan of attack. You can’t recreate this feeling—it’s like grasping at smoke.”