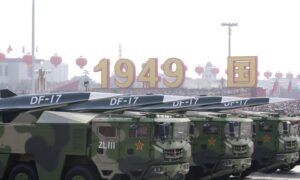 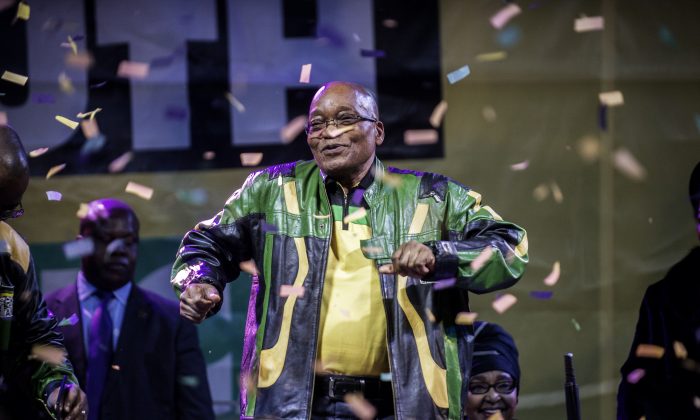 When South Africa Called, We Answered

New book tells how a global anti-apartheid movement helped South Africa win its freedom, and the lessons for us

This is probably the worst time to release a book about my involvement in the long struggle to free South Africa.

It’s a bad time because even as the country celebrates its 20th anniversary as a democracy with elections just completed, there has never been more rancor and anger in a land we all wanted to see as a true “rainbow nation,” a model for the world because of how it achieved a relatively peaceful transition from white rule and promoted racial reconciliation.

My new book, “When South Africa Called, We Answered: How Solidarity Helped Topple Apartheid,” about the global solidarity movement has been published (actually pre-published) by ColdType.net, a Canadian-based website and online publication. ColdType is run by Tony Sutton, a former editor of Johannesburg’s classic Drum Magazine, often spoken of as the Life Magazine for the black communities during the glory days of resistance.

As I hunt for a proper American and South Africa publisher, this 300-pager is available in the PDF format as an e-book and can be downloaded for free at http://coldtype.net.

I wrote it, and released it quickly, after a serious health scare, now happily abated, because I wanted to be sure that the history of the media projects I have been associated with over the decades, from the all-star music album “Sun City” by the 58 star Artists United Against Apartheid, the TV series South Africa Now, and my work with Nelson Mandela, whose story I tell in the book, “Madiba A to Z: The Many Faces of Nelson Mandela” (Madibabook.com), gets told in one place.

As I was writing about Mandela’s heroic life, I thought there might be value in writing my own memoir, too, by compiling the many essays I wrote alongside the media work I have initiated about South Africa for decades as an expression of solidarity.

But I also know, as is all too often the case with a lot of my work, the timing may be very problematic, if not totally off.

The global anti-apartheid movement is long gone, and now, so is Madiba (the clan name for Mandela), the larger-than-life leader who largely inspired it. With all the memorializing, many confess to be “Mandela-ed out.” His life has been feted in print, and on the big screen, most recently by the epic movie “Mandela: Long Walk To Freedom.”

The press has mostly moved on.

The news media is now more focused on red meat for gossip: the tabloid drama of the trial there of Oscar Pistorius, South Africa’s high-profile disabled runner accused of intentionally shooting his high-profile girlfriend in a tragic and bloody late-night confrontation or accident.

There is some media interest in the country. Britain’s The Financial Times (FT), reflecting the interest and interests of its readers, did send its editor, Lionel Barber, on a 12-day safari to Southern Africa to key in on today’s challenges.

He notes, “Twenty years after the end of apartheid [sic, it has actually been 24 years] South Africa and its neighboring states, Namibia and Angola, face a second great struggle for progress, prosperity, and a better future for all.”

He spent a day on the campaign trail with President Jacob Zuma, observing, “he can jive like a man half his age to the old liberation favorite, ‘Umshini Wami,’ (Bring Me My Machine Gun).”

FT doesn’t mention that this is an oft-repeated recycled act for JZ, as he’s known, because he beat that song to death in his first campaign five years ago after forcing Thabo Mbeki out of ANC politics.

In the end, Barber is upbeat about South Africa’s economy, perhaps because it is still dominated by a multinational privately controlled Mineral Energy Complex (MEC,) with many of its components now based in London.

“If you believe in Africa,” he writes. “You have to be positive about South Africa.“

This is hardly the message Zuma’s many detractors want to hear, including many responding to the call of Ex-ANC stalwarts to Vote No by soiling their ballots in a protest against pervasive corruption.

Soon, as the South African election in early May comes into focus, the rest of the world media will descend, and give local events their attention for a day or two.

Big Media loves conflict and this story is perfect, complete with bitter charges of looting state resources, defections by longtime supporters of Mandela’s ANC, and frustration in every community as the economy seems unable to eradicate poverty and distribute wealth fairly.

The newspaper that brags ,“We Live in Financial Times” hints at this downside, but features the positive hopes of investors and financiers.

The truth is that 20 years after the country’s first multiracial election in which the ANC promised “A Better Life For All,” many there are living worse lives with poverty today as deep as it was then. It’s not all the fault of South Africans, but reflects a globalized world economy that benefits the 1 percent, far more than the 99 percent, especially in traditionally poor and colonized countries.

At the same time, activists in West have also moved on—or moved off this political stage as economic failures erupt in Europe and America, and as young people are stuck in a student debt bubbles, with social for global economic justice movements losing visibility.

Global problems today may be even more serious, with inequality and climate change topping the list, but the sense of widespread moral outrage that fired the anti-apartheid movement seems on the decline. Many of us now realize that a new apartheid exists in the global economy, in Israel, and here at home.

At Mandela’s funeral, that international movement—in a way, a successor to a similar crusade against slavery a century and a half earlier—was barely referenced.
The focus was on the utterings of heads of state with a great-men-make-history subtext on display.

Ironically, the ANC, as a people’s movement was pushed aside by all the government-dictated protocol and media-led deification of Mandela by politicians, including President Obama. Only the aging “Arch,” Desmond Tutu, criticized the organizers for not inviting leading whites and activists from abroad. He has gone from an ANC booster to trenchant critic.

Even as the globally televised event celebrated the history of South Africa’s greatest son and his “long walk to freedom,” it also rewrote that history, leaving out the mass global solidarity movement responsible for generating pressure for sanctions and demands for Mandela and Co.’s freedom.

That’s why I felt compelled to write this book, to add my small voice to remember important, if relatively now-forgotten contributions to this important history, and the fact that South Africans didn’t make the change all alone.

Its also essential that we realize how the United States as a country supported apartheid for decades and then used its influence and power to impose neo-liberalism, assuring the “compromises” on the economic front then that limits their options now.

As has been said many times, the past is never past.

South Africans also need to be reminded of the debt they owe to a world that responded to their call for support, and stood with them in the dark years. In an interdependent world, that movement played a crucial role. When South African politicians ride the “gravy train,” they are betraying their friends abroad.

Unfortunately, a media that lionizes change-makers from above, and ignores movements from below, will always downplay that lesson, lest they encourage similar struggles beyond borders on today’s global issues.

As a friend once told me when I went to South Africa at age 25 to enlist in that then against-all-odds freedom struggle, “It’s not the ship that makes the waves, but the motion on the ocean.”

News Dissector Danny Schechter is a New York-based blogger (NewsDissector.net), editor of Mediachannel.org, author of 16 books, and director of more than 30 documentaries, including six with and about Nelson Mandela. Comments to dissector@mediachannel.org.