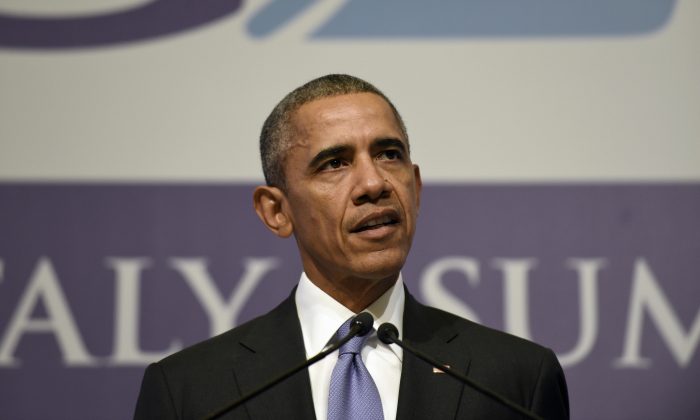 President Barack Obama at a news conference in Antalya, Turkey, on Nov. 16, 2015. (AP Photo/Susan Walsh)
US

When Refugees Arrive in US, Here’s What They Can Expect

WASHINGTON—The Obama administration has announced plans to steadily increase the number of refugees accepted in the United States for the next two years.

Those fleeing Syria and other war ravaged countries who are brought to the United State are considered refugees, while many people seeking a safe haven in Europe are considered migrants seeking asylum.

Refugees and migrants fleeing Syria and others countries often arrive in their new homes with little or nothing. Here’s a look at what they can expect when they arrive in the U.S.:

Although more than half of U.S. governors have objected to plans to resettle Syrian refugees in the United States, with some declaring that they won’t allow resettlement in their states, the federal government controls resettlement programs. State authorities have no legal authority to bar refugees from moving to their jurisdictions.

Upon arrival in the United States, each refugee is eligible for a $1,975 arrival and placement grant that is managed by one of nine refugee resettlement agencies working with the federal government. At least $1,125 of that grant must be spent on housing, including a bed for each person, basic furniture such as a couch, kitchen items including dishes and silverware, and weather-appropriate clothing. The remainder is used to cover additional costs for the aid agency.

Low-income refugee families with children may be eligible for temporary assistance for needy families, a welfare program in which state rules govern eligibility and the amount of money families receive, for up to five years. Immigrants without children or otherwise not eligible for the temporary assistance program qualify for the refugee cash assistance program run by the federal Office of Refugee Resettlement. Eligibility for that program lasts eight months.

Elderly, blind or disabled refugees may be eligible for cash assistance through the Supplemental Security Income program for up to nine years.

Refugees must register with the Social Security Administration after arrival and are almost immediately eligible for a work permit. Social services, including job placement programs, are available to refugees for up to five years.