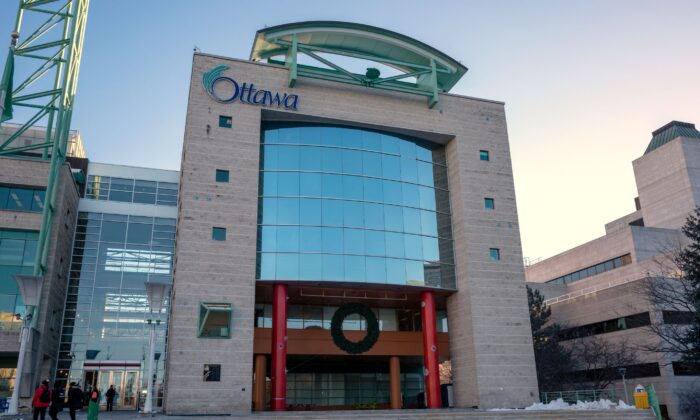 When It Comes to Energy, Ottawa Is Committing Suicide

We may soon need to lay Ottawa to rest, following its decision to deny itself the necessities of life.

The fateful die was cast last month after the Enbridge energy company made what it believed to be an urgent and uncontroversial application to the Ontario Energy Board to replace a corroded 65-year-old natural gas pipeline—which is at high risk of failing—in the city of Ottawa with a modern pipeline able to reliably meet the city’s needs into the future.

To Enbridge’s surprise, the natural gas pipeline emergency it warned about was trumped at the Energy Board by a different emergency—the “climate emergency” that city planners, in league with environmentalists and others, declared in 2019 “for the purposes of naming, framing, and deepening our commitment to protecting our economy, our eco systems, and our community from climate change.”

After hearing financial arguments from a multitude of climate-change-fearing intervenors, the Energy Board denied Enbridge’s application to replace the St. Laurent Pipeline, despite Enbridge’s view that it has but three years to secure the integrity of the pipeline and prevent a later “catastrophic failure [that] could have severe consequences for its customers by virtue of their location in a densely populated urban area.”

The City of Ottawa and other intervenors argued that Enbridge’s proposed pipeline, which would be paid for over a period of 40 years, amounted to a foolish and unnecessary expense because of Ottawa’s official Energy Evolution plan. Under Energy Evolution, Ottawa would evolve away from its dependence on non-renewable natural gas, which currently meets 50 percent of its community’s needs, and evolve into a Net Zero, 100-percent greenhouse-gas-free community by 2050. To lead by example, the city’s own emissions in its buildings and vehicles would be eliminated 10 years earlier, in 2040. In that light, Enbridge’s proposal to replace the existing natural gas pipeline with another natural gas pipeline costing $124 million would be imprudent.

Instead, the City of Ottawa would be adopting a prudent Energy Evolution plan costing “an estimated $52.6 billion on top of planned investments over the next 30 years.” This plan would adopt renewable technologies, including the equivalent of 700 million square feet of solar arrays, mostly on rooftops, and 710 industrial wind turbines, each at least as tall as the Peace Tower at the centre of the Parliament Buildings.

The added $50-billion-plus cost of meeting the city’s plan should deter no one, the city planners explained, since within a decade the city would begin to recoup its shortfall and ultimately achieve “a projected net return of $87.7 billion for investments made by 2050.” In the interim, Ottawa would simply balance its budget by increasing property taxes, land transfer taxes, parking rates, electricity prices and by imposing tolls and congestion charges on roads. This Energy Evolution plan was so obviously a winner that Ottawa City Council unanimously approved it.

At the Energy Board, the merits of the plan were likewise embraced. When Energy Probe, an intervenor, attempted to file material showing that a 100 percent reliance on renewables would disable public transit, lead to blackouts, soaring energy costs, poverty, bankruptcies, and fuel shortages in one of the coldest cities in one of the coldest countries on earth, other intervenors objected to allowing the material to be filed as evidence. As a result, the evidence the board weighed exuded confidence that Ottawa would easily reach Net Zero, in the process creating jobs, economic prosperity and environmental sustainability. (Full disclosure: Patricia Adams is Energy Probe’s president and Lawrence Solomon is its executive director.)

To its credit, the Ontario Energy Board in its final report did not endorse the view that Ottawa’s Energy Evolution plan was feasible. It merely accepted the preponderance of evidence before it, that a replacement natural gas pipeline would be ill-advised. It offered no comment on the collapse of the Ottawa economy that could occur should Energy Evolution prove pie-in-the sky.

If Ottawa remains true to its Net Zero goal and pulls the plug on its fossil-fuelled life-support system, it would be the world’s first capital city to die a woke death.