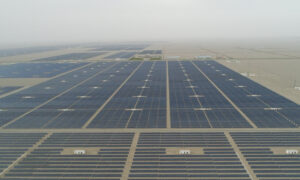 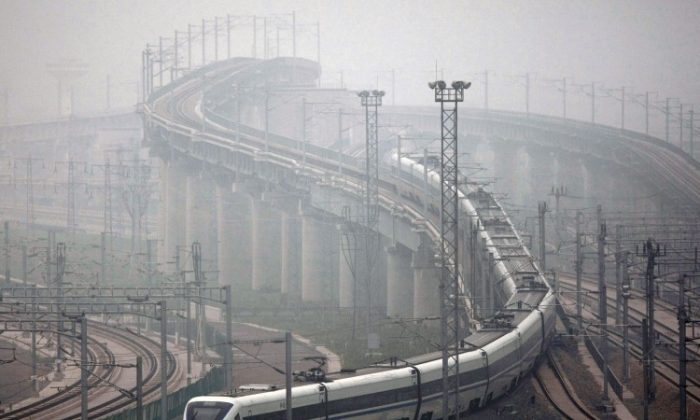 When It Comes to China, Western Media Often Sees Economic Strength When There Is Weakness

Too frequently western media misses the weakness implicit in China’s top-down centralized economic system. Indeed, reporters and commentators with a frustrating regularity describe those weakness as strengths. They will write with awe about Beijing’s grand projects—miles of high-speed rail, for example, phalanxes or shinny locomotives staggered artfully for the photo opportunity, cities that have grown up whole seemingly overnight and replete with rows of high-rise apartment blocks and subway systems. The list goes on. These observers compare these huge projects with the seemingly chaotic and unfocused market-based system in the United States and either recommend that America mimic Beijing’s approach or fearfully forecast China’s ultimate success in its competition with the United States. The fact is that Beijing’s grand designs, impressive as they can seem, reveal the centralized economic system’s great tendency toward failure and waste. They are more a harbinger of the system’s ultimate failure than its triumph.

The great irony in this adulatory and fearful coverage of China is that it has happened before with such systems, and history always tells a different story about the fate of centralized systems than the reporters did. Two prominent examples should suffice. In the 1950s and 1960s, many reporters and commentators from the United States and Western Europe, though they deplored the political and social repression practiced by that regime, admired and feared the Soviet Union’s centrally planned system. Just as this newer generation of journalists does with China’s approach, this earlier generation spoke of the Soviet system as much better thought out and efficient than the decentralized market-based systems on which their own economies relied and better still at marshaling national resources to a limited number of crucial economic goals. When in 1960 Soviet Premier Nikita Khrushchev announced at the United Nations “we will bury you,” these journalists knew he was speaking about economic production and not nuclear weapons, and many of them tended to agree with him. The general public, having read their peans to Soviet economics, did as well.

As the Soviet failure became apparent in the 1980s, a newer generation of journalists, undeterred by the evidence from Moscow, admired Japan’s version of centralized control and planning. Though far from communist, Japan ran its economy from the top-down guidance of its Ministry of Economy, Trade and Industry (METI). As their elders had with the Soviet Union, this new generation of journalists expressed awe and fear of the efficiency and thoughtfulness of the METI-led system as well as its remarkable ability to marshal labor, capital, and intellectual resources to select, seemingly crucial purposes. So many thinkers in this country were so impressed by Japan’s system that President Bill Clinton on taking office, urged the nation to adopt the Japanese approach, replacing market direction of business with what he described as “cooperation between government and industry” but what would have amounted to top-down direction.

These systems, however, failed because planning requires knowledge of the future, and the future almost always turns out differently from its look to be when the plans are written. For the Soviet Union’s effort to “bury” the United States and the rest of the West, it organized itself to produce steel and heavy equipment. Coming, as those times did, on the heels of the Second World War, this emphasis seemed entirely reasonable. These were the hot products of the day. Since they filled the headlines of the times, western journalists had little trouble agreeing with the targets chosen by the central planners. But by the time the Soviets managed to outpace the United States in the production of steel and heavy machinery, the world had moved on to plastics and more service-oriented economic structures. Japan’s planners did better. Their emphasis on autos paid off. But they also chose another hot product of the times. They sought dominance in straightforward chips and dedicated a good deal of Japan’s economic effort to that end. They achieved it, too, but the success meant little. By that time, the world had moved on to microprocessors. Both the Soviet and the Japanese efforts missed the mark and wasted much labor, time, money, and resources.

Market-based systems, of course, are no better at forecasting than are governments or journalists. Business planners are often wrong and there is great economic waste as a result. The market’s superiority lies not in greater prescience but rather in its natural tendency to diversify effort. Some companies follow today’s headlines, others refuse and stick with the past, while still others, following some particular insight, pursue something entirely different. Those that stay in the past lose. Those that follow today’s headlines can win but only to the extent that those headlines capture the future. Those that go their own way may lose, but if they hit on a future need, they win big, for themselves and for the economy generally.

The mix of bets never creates the awesome sight of all the nation’s resources marshaled for one or two or a half dozen objectives, but that natural diversification of effort nonetheless relives the economy of the great waste incurred by an incorrect centralized decision, allows room for more experimentation, and makes it more likely that somewhere in the business mix, someone really will capture the future.

Seemingly oblivious to the virtues of the market-based system, China is applying centralized direction to target the hot objectives of today. Beijing’s “Made in China 2025” plan seeks dominance in biotech, artificial intelligence, aerospace, and electric vehicles—all prominent in today’s business headlines. Because of that prominence, journalists agree with the emphasis and fear the consequences of Chinese dominance. China may get lucky. The pace of change in fashion and technology may slow so that today’s emphasis and all the resources dedicated to pursuing it will have a payoff. Then China may surpass the United States and its less centralized, less targeted approach. But if the world in the latter years of this decade has moved on to other products, the intense dedication to this particular group of products will have created great waste.

Some might point to the huge strides China’s economy made in the past to argue that Beijing is better at planning than the Soviet Union or Japan or countless other, less prominent economies that have trod this path. Of course, anything is possible, but the past may be less applicable than it seems. When China began its decades-long growth surge, it was extremely underdeveloped. Planners had little trouble identifying what the economy needed. China lacked roads, ports, rail links, housing, and other such obvious essentials. It hardly took great insight or understanding to identify where the nation’s economic efforts needed to go. And these efforts had a great payoff. But as China’s economy has developed and become more complex, future directions have become harder and harder to identify. China’s planners have accordingly begun to make more and more mistakes. They have built empty cities and high-speed rail lines to nowhere. The waste imposed by these mistakes has become increasingly evident.

These failings show clearly in the legacy of debt overhanging China’s economy. Every one of these grand and frequently misguided efforts required investment and so created a debt burden. The successful projects have returns sufficient to discharge the debt. For the failed projects, the debt obligation lingers. It is this debt load that gauges the waste of the recent past. To be sure, Beijing has kept a lid on government debt issuance—much better than Washington has certainly. But government debt is inadequate as a measure of this effect. The financial legacy of failed projects lies with that country’s provincial and local governments and the state-owned enterprises (SOEs) that control the bulk of China’s industry. To see the errors wrought by China’s system and make a valid comparison to the United States, the debt to track is a combination of central government obligations, provincial (or state) and local obligations, and the debt of the corporate sector.

The calculations are compelling. During the ten years from 2009 to 2019, this debt aggregate in China grew at a 23 percent annual rate, far in excess of the nominal economy’s 8 percent growth rate. This difference offers a rough (admittedly very rough) estimate of the burden of waste left by the mistakes of the top-down planners. The equivalent debt aggregate for the United States shows how, if diverse economic decision makers have made mistakes, they have done so on a much less grand scale. In America, this measure of debt has grown at about 5.6 percent a year over the ten years ended in 2019, faster to be sure than the 4 percent average growth of the nominal economy, but a much narrower gap than in China. The relative burden of these legacies is apparent in debt levels relative to the overall economy. In the United States, this composite of debt outstanding amounts to just under 180 percent of the country’s gross domestic product (GDP). In China, that figure verges on 220 percent.

China has prospered despite all the errors and the waste they have created. Much of those gains arose because early on needed directions were obvious. Now that these directions are far less clear, the centralized system will become increasingly prone to mistakes and increasingly burden its economy. Those journalists and commentators who pin Chinese success on its ability to marshal resources have missed the point. As with Japan and the Soviet Union, that tendency is a Chinese weakness, not a strength.