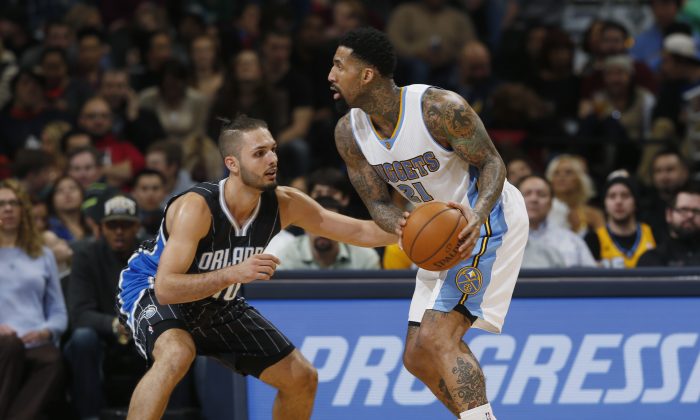 When is the 2015 NBA Trade Deadline? Date and Time

The NBA trade rumors and news are heating up as the deadline gets closer, with more potential trades floating around.

A number of trades have already gone down, although none have in February so far. The Nets and 76ers kicked off the action in December, exchanging players and picks including Andrei Kirilenko. Dallas soon dealt Rajon Rondo to the Celtics for Brandan Wright and other players and picks, then Houston completed a three-way trade with the Sixers and Timberwolves that brought in Corey Brewer and Alexey Shved.

The Cleveland Cavaliers completed two trades in January–acquiring J.R. Smith and Iman Shumpert from the Knicks while sending Dion Waiters to the Thunder, and sending draft picks to the Nuggets for Timofey Mozgov.

The Suns snagged another player, acquiring Wright from the Celtics for a draft pick. The Grizzlies completed a three-team deal that brought Jeff Green, sent Tayshaun Prince to the Celtics, and Quincy Pondexter to the Pelicans. The Celtics then swapped Jameer Nelson, acquired from Dallas, with the Nuggets for Nate Robinson, who they soon bought out.

The last trade that has been completed as of February 5 was the Clippers acquiring Austin Rivers, who had been sent to Boston in the Green deal, while sending Reggie Bullock to the Suns and Chris-Douglas Roberts to the Celtics.

With a couple weeks left before the deadline, at least one other major trade is expected to take place. Trades often take place in the last couple possible days, even on the final morning that trades are allowed.

Prime trade candidates include several Nuggets players such as Wilson Chandler, Knicks guard Jose Calderon, and Heat guard Norris Cole. The Rockets are among the teams that are thought to be buyers on the market.