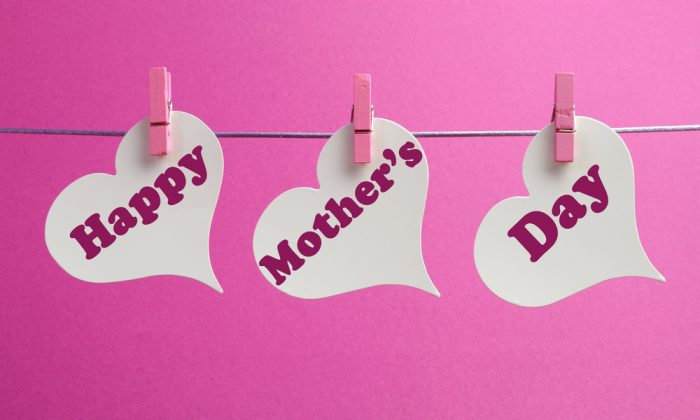 Mother's Day is Sunday (*Shutterstock)
US

When is Mother’s Day Sunday 2014; What Date in US, UK? Also a Brief Hallmark, Anna Jarvis History

The day was first observed in the U.S. in the early 20th century, and it isn’t related to other celebrations of motherhood, including in the Christian, Greek, and Roman traditions.

The first Mother’s Day was celebrated in 1908 after Anna Jarvis held a memorial for her mother and after that, she campaigned to get “Mother’s Day” a holiday across the U.S.

By the 1920s, Hallmark and other card-makers started selling Mother’s Day cards. Jarvis was unhappy with companies trying to commercialize it and even attempt to get the day rescinded.

FOLSOM, Calif. (AP) — “Hi, baby,” Catherine La France cooed as she swept granddaughter Arianna into her arms and danced around the prison yard with the 3-year-old.

They soon dropped into easy banter as barbed concertina wire high above them glinted in the sun and guards armed with pepper spray discreetly patrolled nearby.

“This is my birthday present and Mother’s Day at the same time,” Catherine La France said at the stark, concrete-block-walled prison for low-risk offenders where she has been locked up for nearly two years. La France, who has prior residential burglary convictions, turned 39 two days earlier and won’t be released for three more years, when she completes a sentence for repeatedly using a bogus credit card to defraud businesses.

Three generations of La France women got 4 ½ precious hours together at Folsom Women’s Facility east of Sacramento more than a week before Mother’s Day, which is Sunday. It happened through a free, nonprofit program called Get on the Bus that arranges for children to visit their incarcerated parents in California prisons around Mother’s and Father’s days.

Get on the Bus appears to be unique in providing free transportation to children around the two holidays and in offering counseling and other support, said Ann Adalist-Estrin, director of the National Resource Center on Children and Families of the Incarcerated at Rutgers University, Camden. A handful of programs in other states, including Florida and New York, provide transportation to kids as part of a larger mission to help prisoners and their families.

“We have kids every year that are meeting their moms or dads for the first time,” California program organizer Hilary Carson said, while others have not seen their parent in years. The organization’s survey of participants, who average 8 years old, shows that more than half wouldn’t otherwise be able to see their imprisoned parent without the program.

On Saturday, 40 minors and four young-adult children of inmates made the trip to Folsom Women’s Facility. Tears of joy streamed down mothers’ smiling faces as their kids arrived, and lingering, emotional embraces came before the bus pulled away. The trip began before dawn in San Jose, and the bus made stops to pick up children along the way.

It’s the second Mother’s Day the bus chartered by the nonprofit Center for Restorative Justice Works visited the prison designed to house 400 low-risk women. But this year there were about half as many children, Carson said. Not enough participants from Southern California signed up to justify chartering a second bus.

Similar buses fan out to 10 of the state’s 34 adult prisons each year. On Friday, more than 250 children visited two prisons in central California.

At Folsom Women’s Facility, Erica Carmona, 21, tirelessly chased her 3-year-old son the entire visit, grinning as he kicked a soccer ball around the yard or tugged her along with a jump rope. Other children played pingpong on two concrete tables, had their faces painted and played pickup games with footballs and basketballs.

“I was worried he would forget who I was,” said Carmona, who is serving a sentence for assault with a deadly weapon.

When the youngsters boarded the bus for the ride home, they each received a teddy bear and a letter written by Mom.

With their time together running out, Lisa Mercuri, 33, sat quietly blowing soap bubbles with her 4-year-old son, Noah, on a bench bolted to the prison wall. His face was painted like a pirate, with an eye patch, roguish handlebar mustache and goatee.

The car is long gone, and Mercuri won’t be going anywhere until January, when she completes her sentence for forgery and fraud.

“How do you explain that to a 4-year-old?” she wondered aloud. “I just tell him I’m on a big-girl timeout.