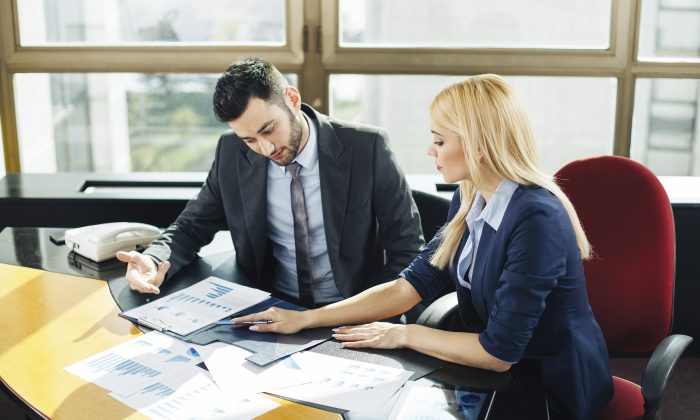 When ‘Innovation’ Fails to Fix Our Finances

One of the most unassailable buzzwords of our time is “innovation“. We are repeatedly told that our economies aren’t working properly simply because we aren’t “getting enough innovation” these days.

However, what our singular attention to the innovation mantra misses is that the knowledge economy is harder to measure, and therefore to tax.

The very aspects that define the knowledge economy are the ones that make it so difficult to tax. These include its intangible nature, global structure spread across multiple jurisdictions and its seemingly endless components, including: information, bio and financial technology “fintech“, smart renewables and cities, social networks, and the sharing economy.

The knowledge economy is now a defining factor for countries around the world. If fiscal policy regulation does not catch up, the gap between the outcomes for financially successful multinational companies and the broader society will only widen.

A very recent example of this fiscal challenge can be seen in the lenient tax deal the UK government signed with Google, a vanguard of the knowledge economy, for a paltry 130 million pounds. This amount was seen by many policymakers as “derisory“, although Google insists that the deal is fair.

Turning innovation into a vehicle for broader prosperity requires that both the redistribution of taxation and increasing the amount of public services offered, in accordance with the notion of tax morality, which argues that there is a normative, moral imperative for large economic entities to contribute to the tax base.

Straight A Students May Not Be the Best Innovators

If China Wants to Innovate, It Needs to Overcome These Challenges

To implement this, financial regulators must adapt to the demands of the digital age, and engage in responsible and active oversight of the knowledge economy. In the case of the Google-UK debate, it was the Parliamentary Accounts Committee that acted as a vehicle of fiscal scrutiny. Legislative involvement in budgetary oversight is more necessary now than ever.

Additionally, institutions that are responsible for financial regulation need to collaborate at an international level if they are to increase democratic leverage on behalf of citizens.

There is a negative backlash to all this, as explained by the economic phenomenon of tax reactance, whereby taxes are perceived as a threat to the exercise of individual freedom, this includes increasing profit. This inflexibility helps to explain in part the low effective tax rates paid by many large participants in the knowledge economy.

All this is not to imply in any way that the rate of innovation in society should be slowed or stalled. Instead, it is important for fiscal policy to innovate in tandem with the rest of the participants along the technological curve.

There is some room for optimism. Some recent cases, including Amazon, show technology companies can be made to contribute to the tax framework. Furthermore, the OECD has been at the forefront of designing an action plan for addressing tax base erosion.

The question that we must ask is: how many lenient tax deals are governments willing to offer before driving more concerted reform?

Usman W. Chohan is a doctoral candidate in economics, policy reform at UNSW Australia. This article was previously published on The Conversation.