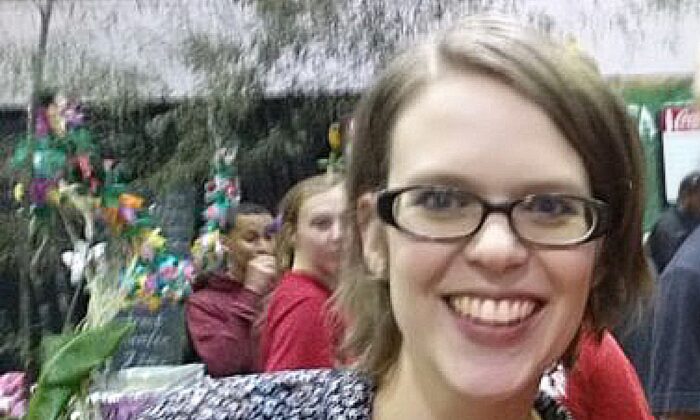 When Giving the Gift of Life Costs You Your Life

Because of the advocacy and educational work I do related to the medical, ethical, and legal risks involved in surrogate pregnancies, I was recently alerted that another U.S. gestational surrogate died.

Lydia Cox died on July 18, at the age of 33. She was married and the mother of four children. Per her husband Trey’s TikTok message, Lydia had always wanted to be a surrogate; it was even on her bucket list.

Sadly, she died during childbirth of a rare condition called amniotic fluid embolism (AFE). The baby that she carried for the intended parents, a boy, survived. I spoke with Trey and you can listen to and watch that conversation here.

It’s unfortunate that stories of surrogate mothers who have died are rarely covered by the news media, leaving most to believe that surrogacy is without risks and that these women who decide to be surrogates are angels truly giving the gift of life, or as one surrogacy website boasts, “giving the ultimate gift of life.”

Yona Nicolau and colleagues looked at surrogate pregnancies in one institution in California, a state that has very surrogate friendly laws, and found that surrogate pregnancies had high rates of multiple births (twins, triplets), higher rates of neonatal intensive care admissions, and longer hospitals stays for the birth mothers and the babies born, all of which translated into higher medical costs.

But commercial surrogacy often pits the haves against the have-nots. A surrogate pregnancy can cost in the six figures, meaning it’s the wealthy who can buy and the lower-income women who often need to sell or in the case of surrogacy, rent.

One agency, California Surrogacy, caters to the wealthy by encouraging those traveling to California that they can take “surf lessons or go for a hike” or “if amusement parks are more your speed, SeaWorld, Legoland, Disneyland, and Universal Studios are just around the corner.”

Unfortunately, poor outcomes from surrogacy are unreported, and many of these deaths are only discovered because of a social media post or because a GoFundMe account has been established for the bereaved family. Case in point, a GoFundMe account was established to raise money for Lydia’s husband and children.

I find it interesting to look at who is responsible for setting up these accounts and who the biggest donors are. You might be surprised to learn those who profit off these women are the ones supporting a crowdsourcing campaign.

In the case of Brooke Brown, a Boise, Idaho surrogate who died along with the twins she carried for a couple in Spain—where all surrogacy is illegal—her GoFundMe was set up by her “Surro sisters.”

Their goal was to raise $10,000 for Brooke’s husband and their three sons. To date, they’ve yet to raise $7,000. Surrogates typically aren’t wealthy, and the top donations to the Brown family came from people who directly work in what I refer to as #BigFertility.

This past Memorial Day weekend, there was another GoFundMe account, headlined “A Rare Surrogacy Tragedy,” that alerted me that one more U.S. surrogate mother had died. This account was established by Ashlee Hammonds, the head of Family Makers Surrogacy, an agency in Atlanta.

Calls requesting comment weren’t returned by Hammonds. My hunch is that Hammonds’s agency brokered this surrogacy arrangement and felt the need to try to raise money for the children left behind.

We are never told the mother’s name or the state in which she lived, nor the complications to her pregnancy that resulted in her death. The account page says $21,631 was raised.

Michelle Reaves, a California surrogate mother, died in January of 2020, like Lydia from an AFE. When you look at the risks that can cause an AFE, you find many of the same risks common in surrogate pregnancies, like pre-eclampsia, having labor induced, or undergoing a cesarean section.

Apparently AFE is a rare condition, but these two deaths do make me wonder if we need more research to understand the risks of AFE in surrogacy. Another mother, Crystal Wilhite, died in 2017 of surrogate pregnancy-related complications that went unreported, only discovered because of posts on social media.

Looking deeper into the GoFundMe account established to support Lydia’s husband and children, what I discovered was that a significant portion of the money raised ($115,000 of a total of $154,779 at the time of this writing) came from three #BigFertility industry leaders.

The lucrative global surrogacy market is projected to reach $27.5 billion by 2025. We need to look closely at who is profiting and who is being harmed and follow the money trail. Where there are profits to be made, it’s easy to turn a blind eye to the real risks to women’s health.

If women are truly informed of the risks, would they make the decision to put themselves in harm’s way? Would they risk their lives? Would they choose to leave their own children motherless? How much is the money they are being offered a motivating factor in their decision to serve as surrogates?

It’s clear that this industry wouldn’t exist if it was forced to operate on an altruistic model like that of organ donation. But my question is how these brokers, and lawyers, and doctors can go to work each day helping to give the gift of life when husbands are widowed, and children are left motherless. I imagine that these women would have said no.

To the women we know about and to those we’ve not been made aware of: