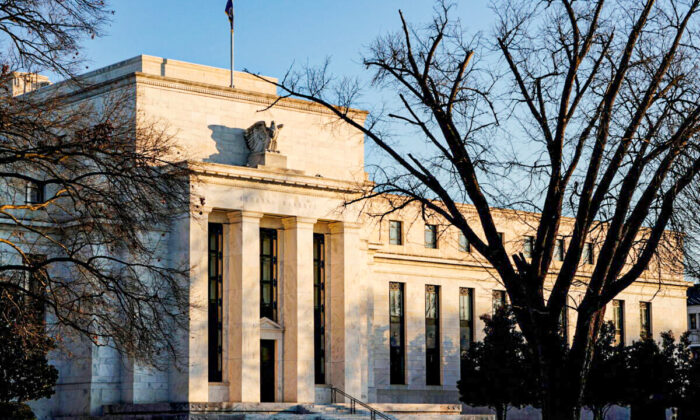 ‘When Doves Cry’: Federal Reserve Goes to the Hawks

The Federal Reserve is striking a more hawkish tone one week after the Federal Open Market Committee (FOMC) raised interest rates by 25 basis points for the first time since 2018.

If the economic data support a half-percentage-point increase to interest rates, New York Fed Bank President John Williams said he would endorse the hike. But he refrained from talking too much about the next two-day FOMC policy meeting in May, noting that it’s only March.

Still, Williams believes that the central bank needs to lift the benchmark fed funds rate to more “normal” levels. Ultimately, Williams noted that the pace of rate hikes will depend on the economic data.

Loretta Mester, the Cleveland Fed Bank president, told reporters on March 23 that the institution could begin “front-loading” rate hikes heading into the summer and start trimming the more than $9 trillion balance sheet.

Mester said “inflation is very elevated” and that “it is well above our goal.”

“We have to do what we can with both our policy tools to get inflation under control,” she said during a roundtable discussion with the press. “I think the markets can handle it. We just need to get on with that process.”

She shared Williams’s sentiment that there’s still plenty of time before the May meeting.

Everything is on the table right now, San Francisco Fed Bank President Mary Daly told Bloomberg on March 23, noting that the data in the coming weeks “will tell us whether 50 basis points or 25 basis points and the balance sheet is the right recipe.”

With more Fed officials acknowledging their mistake of underestimating inflation and now wanting to be more aggressive, there could be a concern of going too far, according to Minneapolis Fed Bank President Neel Kashkari.

Kashkari told the Fargo-Moorhead-West Fargo Chamber of Commerce’s Midwest Economic Outlook Summit that inflation isn’t as temporary as he and most of his colleagues had initially anticipated, saying, “We just have to respond.”

“There’s a danger to overdoing it,” he said.

This comes soon after Fed Chair Jerome Powell presented a more hawkish stance during his speech to the National Association of Business Economists’ (NABE) Policy Conference, suggesting that he would back a 50-basis-point hike if necessary.

“We will take the necessary steps to ensure a return to price stability,” Powell said. “In particular, if we conclude that it is appropriate to move more aggressively by raising the federal funds rate by more than [a quarter-point] at a meeting or meetings, we will do so.”

His prepared remarks came after a poll (pdf) of NABE member economists showed that 77 percent of them thought the central bank’s policy rate was too low.

Doves have ostensibly disappeared from the FOMC as the hawks have taken over the rate-setting committee, according to Scott Anderson, chief economist at Bank of the West Economics.

“This is what it sounds like when Doves Cry. There are really no doves on the FOMC today only hawks as consumer inflation reaches 40-year highs and is set to rise further as oil and other commodities move even higher on stiff energy sanctions and the outbreak of war on the European Continent,” he wrote in a March 25 research note.

But the Fed has little choice but to keep its foot on the gas pedal, averring that the real inflation-adjusted interest rates fall further into subzero territory.

At the same time, the hiking cycle, the war in Eastern Europe, and energy and financial sanctions will weigh on U.S. and global gross domestic product growth estimates for 2022, 2023, and 2024, according to Anderson. This situation could result in “one of the fastest and potentially one of the shortest rate hike cycles from the Fed in decades.”

“Buckle up folks, this landing is bound to get rough,” he said.

Although the odds of an economic downturn happening in 2022 are low, the United States is heading toward a recession in 2023, forecasts Jeff Klingelhofer, the co-head of investments and portfolio manager at Thornburg Investment Management.

“This is still a Fed game,” Klingelhofer wrote in a note. “The Fed continues to drive while keeping their eyes fixed on the rear-view mirror. While the Fed all but conceded they should have hiked rates earlier, they aren’t able to square that comment with an admission that they are behind the curve.”

Even if the Fed raises interest rates six to eight times over the next year, real interest rates are still negative, according to Nancy Tengler, CEO and CIO at Laffer Tengler Investments.

“Interest rates are as negative as they have been since the series began in 1953,” Tengler said. “We think the market may be overshooting what the Fed will do this year, not necessarily what they should do. That said, at the margin, we can agree rates are rising in the near term.”

According to the CME FedWatch Tool, most of the market is penciling in a half-percentage-point rate hike at the start of May, which would push the target rate to 0.75 percent–1 percent.

Goldman Sachs forecasts that the Fed will increase rates by 50 basis points at both the May and June policy meetings, with analysts expecting a shift in sentiment from “steadily” to “expeditiously.”